The company's shares took a hit after Morgan Stanley downgraded the stock.

Huberty wrote in an investor note that she believes NAND memory prices will fall by 7% to 15% each quarter, starting in the calendar first-quarter 2018, which is clearly unwelcome news for Western Digital's NAND business. 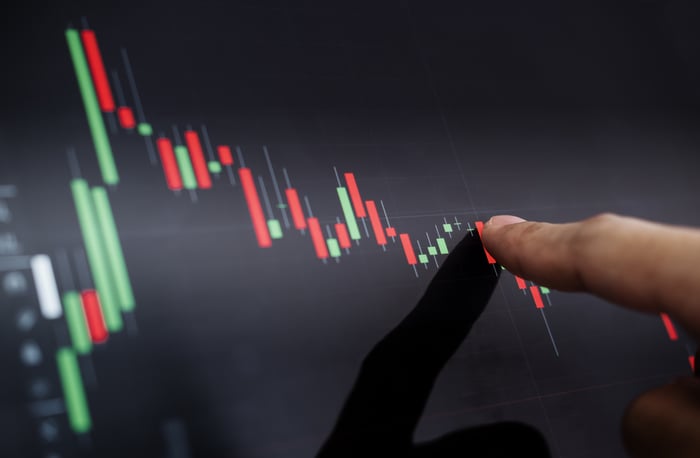 It's worth remembering, though, that flash memory, like many other chips and semiconductors, is a cyclical business, and NAND prices have been going up for a while. Sooner or later those prices had to start sliding back down, and when that happens the share prices of companies making those products typically suffers.

Additionally, the calendar first quarter is typically slow for chip companies, so the news came at a particularly bad time.

Western Digital's COO, Michael Cordano, referenced the possibility of sliding NAND prices on the company's fiscal first-quarter 2018 earnings call back in October. At the time he said they were already causing the company's average selling prices (ASPs) to be flat, noting "I think we talked about last quarter that ASPs had flattened. That was our expectation coming into this quarter, and that's really our expectation as we sit today. So we don't see continued movement in a substantial way up, but it's being sustained at this -- at the current level."

In short, NAND prices were already causing the company's ASPs to be flat. The problem is that if the prices do indeed start falling as much as Huberty expects, then that flatness could translate into a real slide. Investors will have to keep a close eye on the next few quarters to see if that does indeed play out, and know that it's likely just a small part of larger cyclical chip price dip.