Facebook (NASDAQ:FB) has been a leader in the social-media world. The company's namesake site rose to notoriety at a transformative time for the tech industry, as mobile devices made it easier for people to stay connected to the internet consistently. Subsequent acquisitions, like Whatsapp and Oculus, have sought to extend Facebook's reach, and projects in areas like virtual reality, global connectivity, and network-hardware alternatives have the potential to push the company to the next level.

Yet one area where Facebook hasn't been a leader is in paying dividends. Tech companies, in general, were slow to embrace dividend payouts, but many of the largest players in the sector have started to make generous quarterly payments to their shareholders.

Has Facebook reached the point at which it could join that crowd and start paying a dividend? Let's take a closer look at Facebook to see whether 2018 will be the year it declares its first dividend. 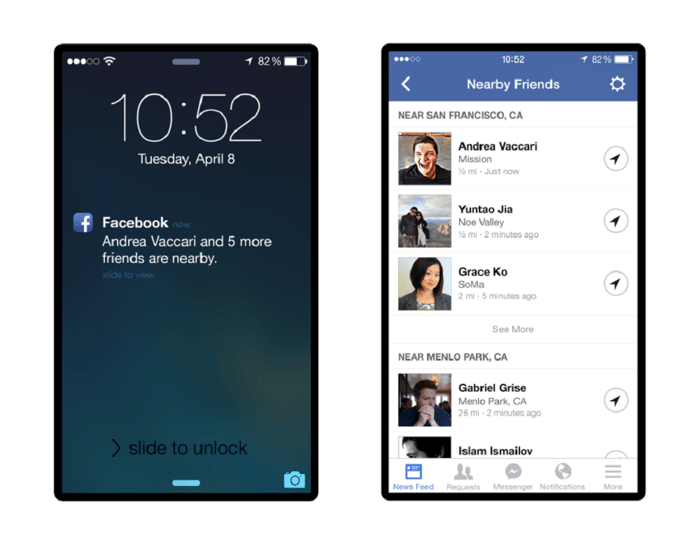 Investors rarely expect young companies to pay dividends early in their existence. A start-up has to take as much cash as possible and reinvest it back into its business, and that usually involves taking any available cash flow that the company generates. That takes those funds away from potential use as dividend payments, but most investors would agree that investing in growth opportunities is far more important for the long-term success of the company.

In Facebook's case, however, the usual arguments against dividends don't really apply. In the past four years, the social-media giant's free cash flow has risen by more than 10 times, nearly the $16 billion mark on an annualized basis. Net income has similarly jumped tenfold between 2013 and the third quarter of 2017, leaving plenty of room for Facebook to return some of that capital to shareholders. 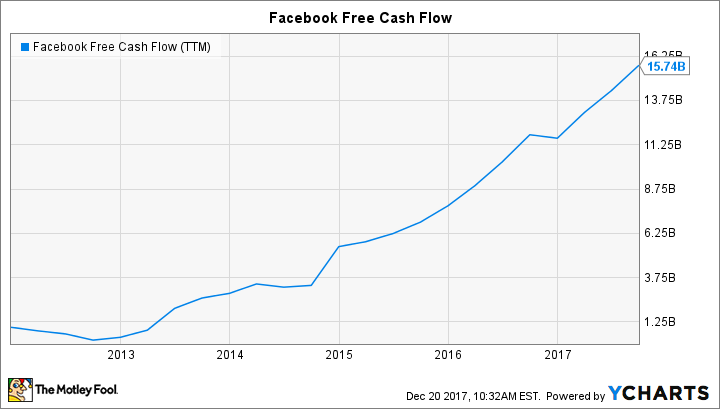 Facebook hasn't used all of that capital for reinvestment purposes, either. Capital expenditures have ramped up in recent years, but not at the same rate that free cash flow has risen. The $5.7 billion that Facebook has spent on capital expenditures over the past 12 months has used less than 30% of its operating cash, and cash acquisitions have generally been relatively small. Instead, the lion's share of Facebook's free cash flow has gone toward purchases of marketable securities -- the sort of investment that shareholders might make with their dividend payments were Facebook to start making them.

In the past, Facebook has argued that it wasn't interested in returning capital to shareholders. In response to a shareholder question at its 2015 annual meeting, CFO David Wehner emphasized, "There's so much that we have to do to grow the business and so many opportunities there that that's our focus from a capital allocation perspective, and so that's where we're going to be investing most of our dollars."

Yet by late 2016, that view had changed. The board of directors authorized a $6 billion stock buyback program, with the timing to depend on Facebook's stock price and the need for capital for alternative investment opportunities. During the first nine months of 2017, Facebook has spent more than $1 billion of that money on buybacks.

Admittedly, that's not a huge amount of money. If Facebook had spent $1 billion on dividends for 2017, then shareholders would have received just $0.42 per share in payouts, and the stock's dividend yield would have been an embarrassing 0.25%. By that logic, Facebook is probably better off sticking with repurchases rather than paying a puny dividend.

Eventually, if it stays on its current trajectory, Facebook will get to the point at which its cash flow will be so huge that it won't be able to spend it all on growth opportunities. That's when shareholders can expect to start receiving dividends. For now, it looks like Facebook has a long way to go before it crosses that threshold, leaving income investors out in the cold.

Will Facebook Start Paying a Dividend in 2018? @themotleyfool #stocks $FB Next Article
Current