Appreciation of 33% is good by any measure, yet the last 12 months encapsulated a wild ride for Momo. Shares peaked at a nearly 140% gain, before falling to a still-positive finish:

A second-quarter earnings surprise supplied the rocket fuel that lifted Momo stock during the summer, following a steady rise in the first six months. Specifically, Momo reported that its live video service revenue tripled to $57.9 million, pushing total revenue up 222% over the prior-year period to $99 million, and boosting Momo's net income fourfold to $15.4 million. This performance was particularly impressive as the live video service was only launched in late 2015.

Investors began to take some profits after Momo's summer peak, and gravity intervened more forcefully in the stock's descent in November, when third-quarter earnings revealed an impressive yet lower revenue growth rate of 126% over the prior-year period. Several factors increased cautiousness around the stock for the remainder of the year, including a higher cost base as Momo spends more to attract customers to its platform. Momo's cost of revenue, which averaged around 45% last year, crossed the 50% threshold last quarter.

Shareholders also fretted over increasing live video app entrants in China, from very resourceful competitors including Weibo and YY. As often happens with a hit product, live video services now form a revenue concentration, comprising 85% of Momo's total revenue in its most recent quarter. Thus, it's both a growth driver and a vulnerability. Moreover, there's some evidence that competitors are already taking market share, as Momo's live video user base has plateaued at 4.1 million customers over the last three quarters. 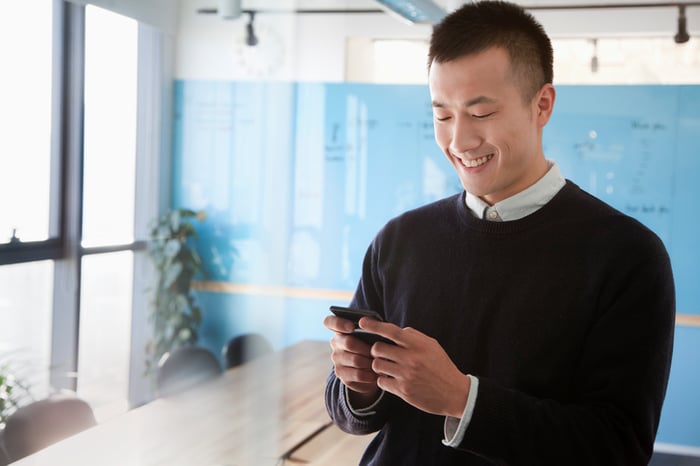 In less than two weeks into the trading year, Momo shares have resumed an upward trajectory, gaining nearly 10% year to date. The company isn't scheduled to report earnings again until early March, so investors eagerly awaiting the latest growth statistics on Momo's live video service must exercise a bit of patience over the next two months.