Please ensure Javascript is enabled for purposes of website accessibility
Log In Help Join The Motley Fool
Free Article Join Over 1 Million Premium Members And Get More In-Depth Stock Guidance and Research
By Travis Hoium - Jan 23, 2018 at 7:32AM

Toyota is the most efficient automaker in the world, but it may have some headwinds going into 2018.

Toyota (TM -1.99%) is arguably the most successful auto manufacturer of the last half-century, perfecting operational performance tools that made cars cheaper, safer, and higher quality. The company became the gold standard in auto manufacturing and the most valuable automaker in the world.

As 2018 begins, the auto business is changing. Cars are going electric and drivers are becoming less important, challenges to the factors that led to Toyota's domination in the first place. Here's why industry trends mean that Toyota is in for a year that's far from its best. 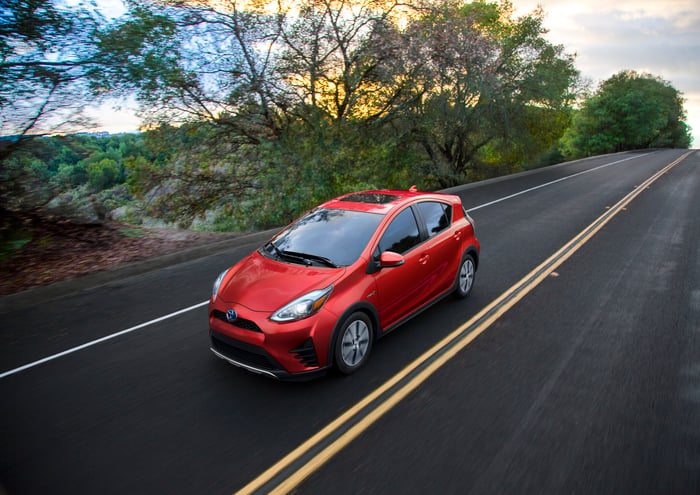 From a financial perspective, no automaker comes close to Toyota. The company has better margins than General Motors (GM -5.09%) or Ford (F -4.67%) and generates far more net income. 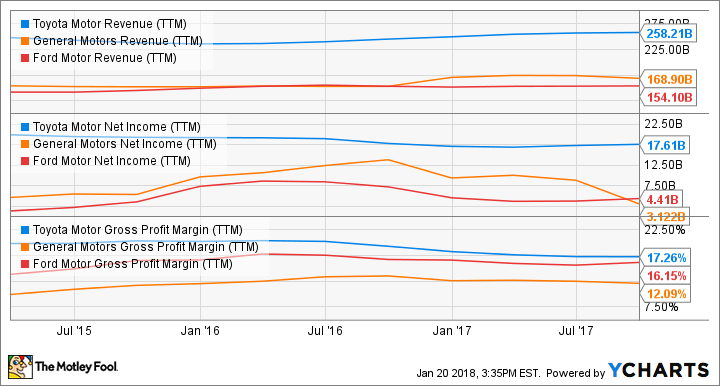 It shouldn't be lost that Toyota has shrunk slightly in the last five years with revenue dropping 3% compared to 12% and 13% growth at GM and Ford, but Toyota's industry-leading operations continue to churn out more cash than competitors. That's the advantage Toyota has in the market, but it may be falling behind in other areas.

Where Toyota is falling behind

Operationally, there's not a lot to critique with Toyota. Strategically, however, there's a more complicated story.

After being an industry leader in hybrids in the early 2000s, Toyota has almost entirely missed out on the electric vehicle revolution. There's a short-range electric Prius on the market, but Toyota doesn't have anything like the range of a Tesla (TSLA -6.29%) Model S or GM's Chevy Bolt. And that wasn't by mistake.

While Tesla and GM were investing in EVs, Toyota bet its business on hydrogen fuel and cars like the Mirai. A decade ago, that may have seemed wise because hydrogen was faster to fuel than EVs, eliminating range anxiety, and the transition for drivers from fueling with gasoline to hydrogen seemed like a natural one.

We now know that EV batteries and charging have advanced to the point that new models like the Model 3 and Bolt have very little range issue, traveling over 200 miles on a single charge. And the fast-charging infrastructure is growing rapidly around the world. Toyota has done an about-face in the past few months, finally saying that it will invest in electric vehicles. But it's years behind competitors.

Probably not the best year yet

Operationally, Toyota is still doing well, but it doesn't appear to be positioning itself well for the next generation of auto technology that's already rolling out to customers. It's years behind in EVs and may be well behind rivals in self-driving technology as well. All the operational excellence in the world won't be valuable if you're not making products customers want and that's why I don't think 2018 will be Toyota's best year yet.