Sometimes it's the companies you haven't heard of that make better investments.

More and more basic household objects (like washing machines, cars, speakers, watches, etc.) are being equipped with Internet connections these days. That makes them part of the Internet of Things (IoT), a general term used for the network of devices that were once formerly "dumb" and disconnected, but are now online and collecting data.

These total number of these devices is expected to hit 20 billion by 2020, and the market for them will be worth an estimated $561 billion by 2022.

Investors looking for potentially profitable buys in the Internet of Things space may want to consider Skyworks Solutions (SWKS -1.64%) and Sierra Wireless (SWIR -3.42%), both of which are key players in connecting devices to the Internet. But not all bets on connected IoT devices are the same. GoPro (GPRO 0.54%), for example, makes action cameras that connect to the Internet, but the company's longstanding problems make it a risky choice. 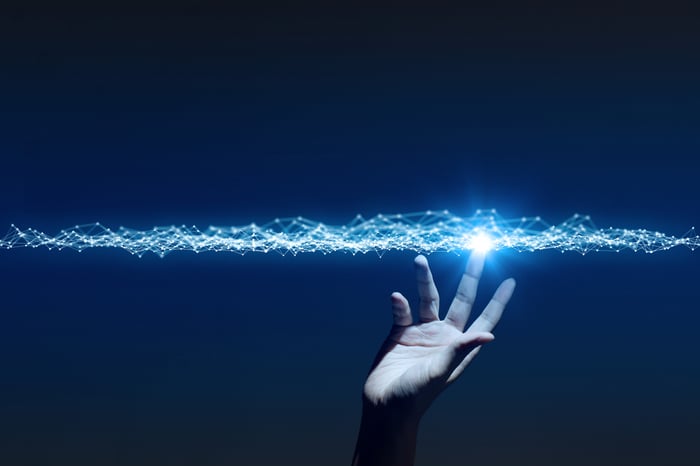 A mobile chip player shifting to the Internet of Things

Skyworks Solutions makes semiconductor chips that allow everything from mobile devices to industrial equipment to be connected to the Internet. The company also sells power amplifiers, switches, modules, and other hardware, and the vast majority of its top line -- about 40% -- comes from selling components to Apple.

But Skyworks understands that betting on the smartphone market isn't the best way to build out its business, which is why it also sells Internet connectivity chips for vehicles. These chips allow automakers to include features like collision avoidance systems, and are also an important piece for creating semi-autonomous vehicles. Skyworks' 4G and 5G wireless chips allow cars to be connected to the Internet, which in turn allows automakers to deliver more in-car services and provide over-the-air software updates to vehicles.

There's already evidence that Skyworks' shift toward the Internet of Things is paying off. Its "broad market" revenues, which include IoT chip sales, accounted for 26% of the company's top line in its fiscal fourth quarter. That's a positive move for a company's that's still reliant on Apple, and it's likely that Skyworks will continue moving in this direction.  CEO Liam Griffin recently said that connected homes, autonomous vehicles and the like are starting to be among the company's larger business drivers.

Despite Skyworks' IoT opportunities, the company's shares prices are trading at a discount now. The stock is priced at just 12 times forward earnings estimates, far below the tech industry's average. With Skyworks Solutions, investors get exposure to the mobile market through its chip sales to Apple, as well as the long-term potential from its focus on the Internet of Things.

A pure-play in the IoT

Sierra Wireless makes connectivity chips too, but unlike Skyworks, it is almost entirely focused on the Internet of Things. Its chips are heavily used to connect industrial equipment to the Internet (the Industrial Internet of Things), as well as in all sorts of devices, from connected vehicles to Internet-enabled street lights.

Chips sales currently provide about 80% of its revenue, but the company is wisely focusing on recurring software sales for more growth. Sierra's recurring revenue contributed 39% of sales in its enterprise solutions segment in the most recent quarter, and accounted for 23% of its cloud and connectivity sales.

This means that not only is Sierra Wireless taking advantage of its hardware strengths to grow its IoT business, it's also looking to long-term recurring revenue from IoT analytics software to keep its business thriving. To help make that happen, it purchased IoT analytics company Numerex late last year. CEO Jason Cohenour said that the Numerex purchase, "accelerates our IoT device-to-cloud strategy by adding an established customer base, significant sales capacity, proven solutions, and recurring revenue scale."

Sierra already holds about 33% of the embedded module market for machine-to-machine (M2M) devices, but the acquisition of Numerex should help the company expand into more subscription sales, which should boost its top and, eventually, bottom lines.

The company's shares trade at 18 times its estimated forward earnings, far below the tech industry average. For investors who want an IoT pure play that's making solid moves toward long-term recurring revenue, it doesn't get much better than Sierra. 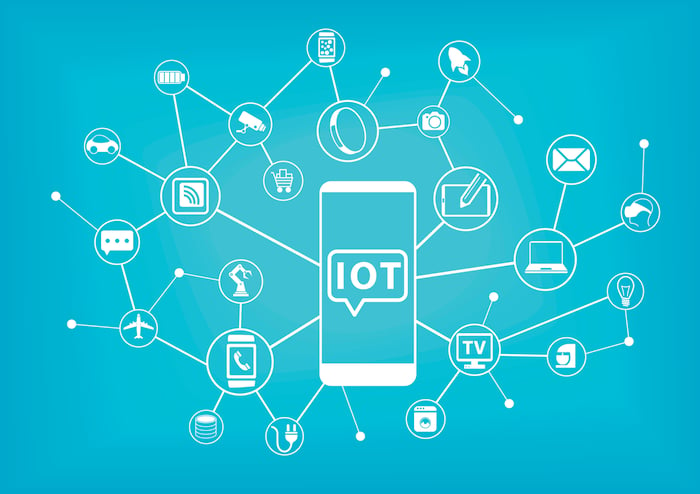 Don't bet on this device maker

Just because the IoT has lots of potential generally doesn't mean all Internet of Things investments are a great buy. One stock I think investors should stay away from is GoPro. The company makes action cameras that can connect to the Internet, and though its devices are top-notch, it doesn't appear the company is doing much to give itself a sustainable competitive advantage.

The company relies on the sales of its action cameras, many of which cost hundreds of dollars, but it doesn't have any software or subscription services that truly lock users into its ecosystem -- though it did try with its video-editing software. This means that GoPro has to rely on getting customers to continually shell out hundreds of dollars every few years for new high-end cameras.

Additionally, the company missed its own revenue guidance for the fourth quarter. Management's forecast was for $460 million to $480 million, but the company said this month that its top line only reached about $340 million. It's worth pointing out that this sales miss happened during the holiday quarter, when as we all know, people typically buy lots of overpriced things.

Making matters worse, GoPro said that it will discontinue sales of its Karma drone once it runs out of inventory -- just a year after it introduced the product -- which means the company is moving backwards in its attempt to diversify its revenue streams.

Management believes the company can return to profitability in the second half of this year, but with the failure of its current device strategy, I wouldn't wait around for it. GoPro has nothing to keep its customers on the hook, and it just gave up one of its only new paths toward non-camera revenue. That's a losing combination, and explains why I don't think this IoT stock is worth snatching up, even at discount prices.

As I mentioned earlier, the Internet of Things is poised to become a huge market and it's already growing quickly. Because the IoT touches nearly every industry, investors ought to take a close look at the companies that are making it a reality with their hardware and software, rather than those that are just making devices for the IoT. That's why Skyworks and Sierra Wireless are likely better long-term bets, while investors might want to leave GoPro right where it is.