Friday marked a quiet end to an eventful week on Wall Street, with major benchmarks finishing with relatively small moves after spending the early part of the day significantly higher. Investors will wait until next week to see what decision the Federal Reserve's monetary policy committee makes with respect to short-term interest rates, and in the absence of major market-moving news, most seemed to take a rest from big-picture issues. Individual stocks had some good news that lifted shares today, and Ulta Beauty (NASDAQ:ULTA), Zumiez (NASDAQ:ZUMZ), and Winnebago Industries (NYSE:WGO) were among the best performers. Here's why they did so well.

Ulta gets a lift

Shares of Ulta Beauty rose nearly 8% after the beauty products retailer and salon chain reported its fourth-quarter financial results. Ulta reported a 23% gain in revenue that stemmed largely from an 8.8% rise in comparable sales. Brick-and-mortar locations featured solid growth, but e-commerce sales soared 60%, making up more than half of the rise in comps for the quarter. Ulta expects comparable-sales gains of 6% to 8% in 2018, which should help produce percentage growth rates in the low teens for the year, and the opening of 100 new stores should help to bolster revenue gains as well. With its success in pivoting to online sales, Ulta looks like it's making progress in adapting to changing conditions in retail rather than being a victim of them. 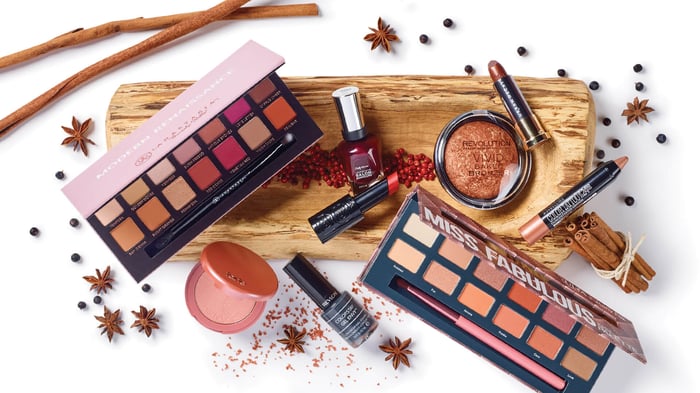 Zumiez stock climbed 10.5%, recovering from initial share-price declines following the release of its fourth-quarter financials. Revenue growth of 17% came largely from comparable-sales gains of 7.5%, but net income rose at a slightly slower 9% rate as tax reform dealt the retailer a modest blow to its bottom line. The skate and action sports retailer predicted slowing comps growth in the 4% to 6% range for the fiscal first quarter, with the traditionally slow winter and early spring months likely to produce a net loss. Nevertheless, with expectations for further expansion during the coming year, Zumiez looks like it's gaining some momentum.

Winnebago gets a boost

Finally, shares of Winnebago Industries gained more than 7%. The maker of recreational vehicles received a positive review from stock analysts at SunTrust, who upgraded Winnebago stock from hold to buy. SunTrust said that Winnebago's business in motorized RVs remains challenged, but the current share price accounts for the potential uncertainty there. Meanwhile, if the motorized unit starts to catch up to its towables peer, then future growth could accelerate dramatically. Recreational vehicles are a calling card for a new generation of budget-conscious travelers, and Winnebago hopes to keep profiting from favorable trends as long as it can.