Are your finances similar to those of the average American? If so, you may be in serious financial trouble. Unfortunately, far too many Americans just aren't very good with financial issues -- which means you're pretty deep in debt and saved far too little.

But if you don't want to find yourself living paycheck to paycheck, paying thousands in interest, and left with too little cash in the bank when the time comes to retire, you need to be way better than average. 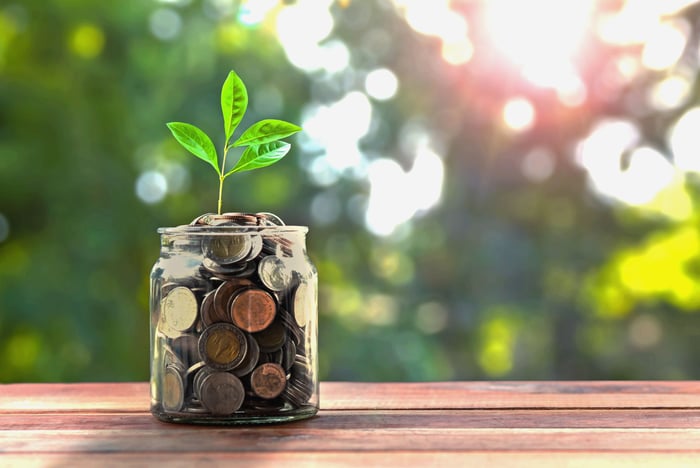 So, why isn't being average good enough when it comes to your finances? Let's take a look at some data about typical Americans:

A quick look at these figures demonstrates that if your financial life looks like most people's, you're spending too much, saving too little, and might be in serious jeopardy during retirement.

Here's how you can beat the averages

The good news is, you don't have to be average -- you can do better. There are simple ways to beat the average and excel when it comes to your finances.

Despite the fact that only 35% of families live by a detailed budget, you can start by creating one for your family. If you do, you can prioritize savings and can make a plan to pay off debts.

Getting out of debt is also essential to beating the average. If you have $15,654 in credit card debt, you're paying 15% interest, and you make minimum monthly payments of $300, it would take you 86 months to repay what you owe, and you'd pay $9,855 in interest.

To avoid wasting thousands, put as much money as possible toward repaying debt and consider trying the debt snowball method, which involves paying off your lowest debt first -- and which studies show helps you stay motivated to repay debt faster. Adding $200 a month toward your debt would cut your repayment time to 40 months and total interest paid to $4,330. You'd be debt-free in less than half the time and save more than $5,000.

Swearing off car loans is another great way to put yourself on much firmer financial footing than the average American. If you buy affordable used cars and drive them for as long as possible, you can save your "car payments" in the bank. This will allow you to pay cash for your cars while investing the extra you'd have paid on a new vehicle loan. With this plan, you can set yourself up to have double or triple the average 401(k) balance by the time you hit retirement.

Make your plan today to do better than average

Even though driving a new car, living without a budget, and charging things on your credit cards seems normal since it's what the average American does, you owe it to yourself to try for above-average results.

Make a commitment today to automate your investments and make a budget that allows you to invest and repay debt as quickly as possible. You'll be happy you acted now, rather than struggling to live on Social Security alone, and you'll have plenty of cash in the bank to enjoy your golden years.

If You Want to Build the Right Size Nest Egg, You Need to Be Way Better Than Average @themotleyfool #stocks Next Article
Current