Investing in large, stable companies helps us to sleep easier at night. I know that on a visceral level, as my top three holdings -- all companies valued at over $450 billion -- account for 40% of my real-life portfolio. And I don't miss a wink of rest worrying about them.

But is that ease misplaced? Should I be concerned about the dangers lurking in the shadows? 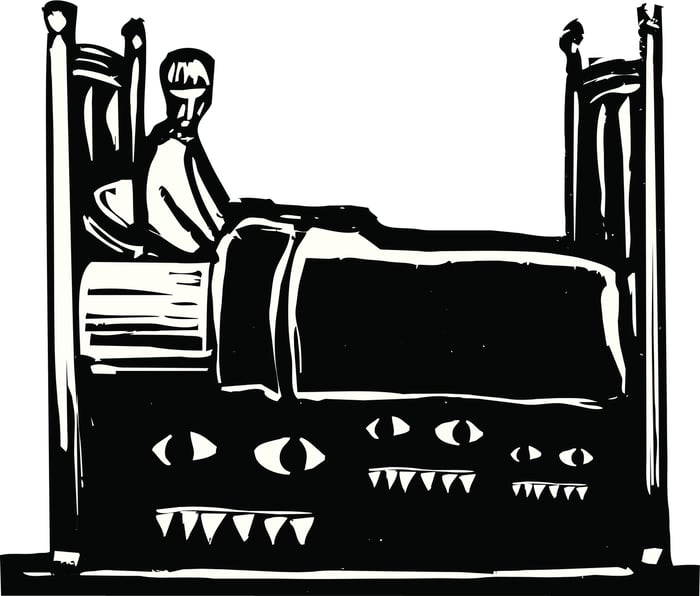 Perhaps, says Nassim Nicholas Taleb, former trader, current professor of risk engineering at NYU, and best-selling author of Fooled by Randomness, The Black Swan, Antifragile, and the just-released Skin in the Game. I recently had a chance to sit down with Taleb and discuss a wide-range of topics, including his preference for small-cap over large-cap stocks.

Without looking at the data...yes.

For the following reason: think of Google [Editor's note: Alphabet is Google's parent company]. Assuming Google stays like it currently is -- Google may innovate and might start making cars and have a second life, but think of the company that has 90% of the market. How much upside do you have?

Very little. So you become fragile in that sense. At best, you're going to retain your market share, and at worst, you're going to lose a lot of it. We need to mention of course that Google might have a second life in another product.

To put this in context, something that is "fragile" can be defined by that which will likely suffer over time when exposed to stressors, chaos, and volatility. Because Google -- in this case -- already has so much of the market, stressors and volatility are more likely to cause harm than good.

"Antifragility" on the other hand, is a characteristic of things which actually stand to benefit from the same forces of stress, chaos, and volatility. Small cap stocks, because they have so much potential upside and are often more nimble than industry goliaths, have more potential to benefit from these forces by learning and adapting quickly.

When Taleb talks about "skewed" returns, it helps to imagine charts like the one below.

The second one I would make is very simply that: the S&P 500 companies today will not replicate what happened in the S&P 500 returns in the past for a simple reason: the life cycle of large corporations is compressed.

And that's an indicator of fragility.

There's a well-known meme that has been making the rounds on Twitter that can help us understand why S&P 500 companies today aren't lasting in the index as long as they used to. It looks like this:

Things that didn't exist 10 years ago:

The thinking that underlies that meme is simple: The pace of technological innovation is accelerating. Because of that, today's incumbents are weaker than their predecessors, and more likely to be overtaken by disruptive upstarts. One look at the fates of Blockbuster and Sears should be enough to understand the point.

On the need to diversify across many small-cap picks

"The average return is rosier using conventional statistical methods...Let me give you [an] example:

If you are sampling the net worth of Seattle, and you don't have Jeff Bezos and Bill Gates in your sample, you've got a biased sample.

So most samples will be lower than the true mean. [It's like] the Pareto 80/20. Something like 90-something-percent of observations are below the mean."

While I'm not a statistical expert, what I think Taleb is pointing out is that if you're a small-cap investor, casting a wide net for high-quality small caps is very important. In that respect, it's not all that different than being a venture-capital investor: 90% of your investments may end up going bust, but one or two will do so well -- assuming you end up holding them over time -- that they'll more than make up for any losses.

That's why we here at The Motley Fool encourage a diversified portfolio.

Taleb and I didn't get into the specifics of how to select small-cap stocks, but if you're looking to start investing in small caps yourself, a few key attributes I -- personally -- focus on include:

I couldn't have said it better myself.

Nassim Nicholas Taleb on Google's Need for a Second Life, and Why He Likes Small Caps @themotleyfool #stocks Next Article
Current