The total value of the cryptocurrency market sits at about $276 billion, although it peaked at over $810 billion in January 2018. While the total market includes 1,600 different tokens, bitcoin accounts for an astounding 45% of the total market cap. No wonder most discussions of cryptocurrency inevitably become synonymous with the first-generation token and blockchain.

But as is often the case with new technologies, being the pioneer isn't always quite so advantageous. Contrary to popular belief, it's more common to have a first-mover disadvantage than a leg up on the competitive landscape. The reason is simple: Newcomers can sit back, learn from your mistakes, and launch an improved product, business model, or blockchain, in this case.

Unfortunately, that's true for bitcoin, too. Here are five reasons the cryptocurrency king has a first-mover disadvantage. 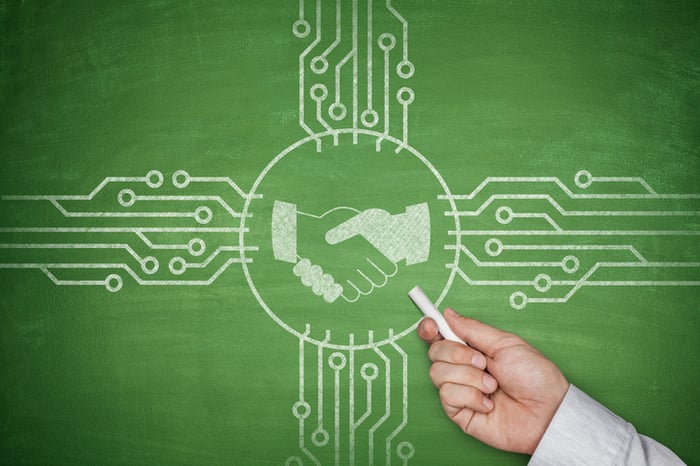 Bitcoin is a first-generation blockchain that really only leverages one of the many awesome applications of the technology: peer-to-peer payments. That's it. While that single application provides value in the right circumstances, it doesn't do much to differentiate bitcoin from most other cryptocurrencies.

Nonetheless, lacking the ability to support decentralized smart contracts puts bitcoin at a disadvantage. While it's stuck processing simple transactions that only transfer value from one user to another, other blockchains and their corresponding tokens could be fighting over lucrative markets in banking, commercial supply chain tracking, defense, and elsewhere. 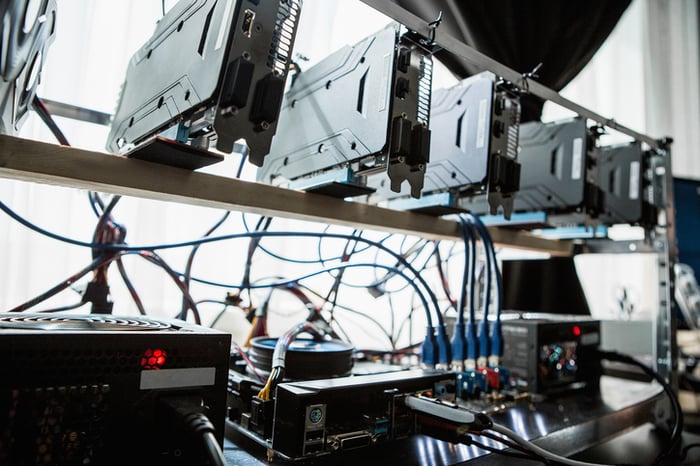 In order for a distributed financial network to operate in a trustworthy manner, the majority of the network has to agree on the same answers when poring over transaction data for accuracy and building the blocks that make up the blockchain. Therefore, blockchain networks use something called a consensus algorithm that affects everything from ledger completion to network security. But the process isn't the same for all blockchains.

For instance, users compile and check bitcoin's digital ledger through a process called "mining," which is the term used to describe the consensus algorithm known as proof of work. For their mining efforts, which require massive amounts of computing power, users receive rewards in the form of newly created bitcoin tokens and transaction fees. The more computing power, the bigger the potential reward (read: new bitcoin deposited in the miner's wallet).

That creates problems by requiring staggering amounts of energy, which has led to concerns about the environmental impact of bitcoin. As the digital ledger becomes more and more difficult to compile (requiring more and more energy) in future years and rewards shrink in value, some worry that the network could encounter problems ranging from a collapsing price to lack of adoption.

That's why newer blockchains are turning to a consensus algorithm called proof of stake. The goal remains the same as proof of work, but the process is quite different. Tokens are created at inception, rather than over time through mining. Users who want to help validate the digital ledger are randomly selected and receive a cut of the transaction fees proportional to the amount of tokens they own (think of it like a crypto dividend payment). It's more energy efficient, more future-proof, and potentially more secure than proof of work. 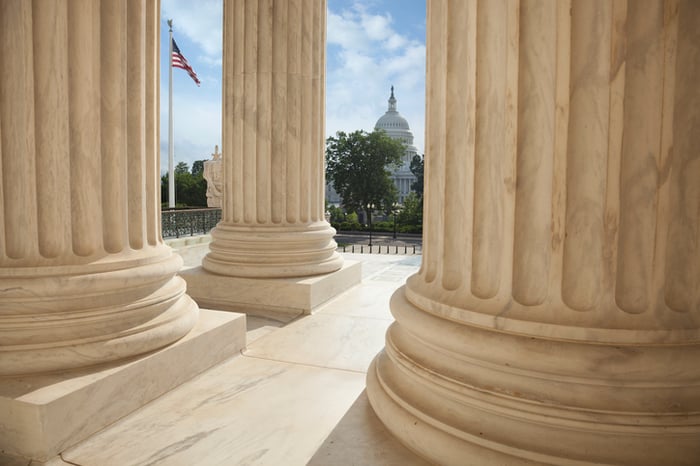 The process by which blockchains adapt and evolve is dictated by each network's governance model, or how updates to the software running a blockchain are voted on and implemented. It may seem like a small consideration, but networks that have overlooked its importance have had some painful experiences called forks.

When the bitcoin network wants to change the software by which it operates, it needs to "fork" into two separate blockchains. Many times the blockchain that miners adopt survives and lives on, while the other version (old or new) withers and dies. There are exceptions, such as Bitcoin Cash, which was created after forking from the original bitcoin network, but its creation required investors to pick between one or the other. Awkward.

Nonetheless, forking is an imperfect way to update software, especially with billions of dollars at stake. Next-generation blockchains are looking to solve this problem by instituting on-chain governance models, in which all stakeholders get to vote before updates are implemented, essentially making forks a thing of the past. Since bitcoin was created in a shroud of mystery, whereas newer blockchains are created by teams of real people, the original blockchain can't implement on-chain governance beyond brutal hard forks. The risk here is that future updates to bitcoin could be painful for investors. 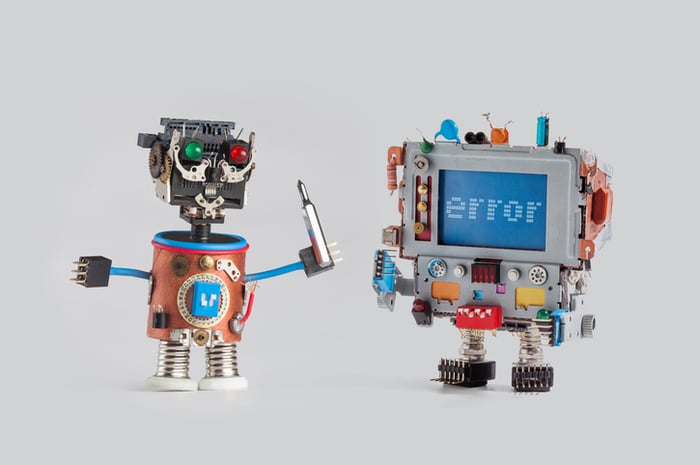 5. Lack of an ecosystem

While bitcoin comprises 45% of the entire cryptocurrency market cap at the moment, a roughly equal amount of the market is made up by tokens that spawned from the Ethereum network through initial coin offerings. In other words, unlike Ethereum, bitcoin isn't an ecosystem where other developers can easily build new applications to create additional value. That means the value of bitcoin is based on whatever the market places on its peer-to-peer transaction capabilities.

That could become a severe disadvantage as next-generation blockchain networks begin releasing updates to boost their capabilities and provide even more tools for software developers looking to create decentralized applications on the blockchain. After all, if networks such as NEO, Ethereum, and Cardano allow peer-to-peer transactions in addition to other important capabilities spanning smart contracts to updated consensus algorithms, then the market may find it easier to move on from bitcoin once and for all.

The disadvantages of bitcoin

It's easy to point out legitimate flaws with bitcoin, but that says more about the future of bitcoin than the future of cryptocurrencies in general. That's especially true when considering next-generation blockchains that launched after bitcoin and learned from the first-generation blockchain's mistakes. Simply put, bitcoin may struggle to survive in the long run because it suffers from several first-mover disadvantages that are inherent with many new technologies.