Please ensure Javascript is enabled for purposes of website accessibility
Log In Help Join The Motley Fool
Free Article Join Over 1 Million Premium Members And Get More In-Depth Stock Guidance and Research
By John Ballard – Apr 29, 2018 at 8:01AM

Walt Disney and Hasbro have the brands to power your retirement fund.

Both Walt Disney (DIS -0.75%) and Hasbro (HAS 0.38%) possess entertainment brands that are beloved by children and families around the world. Yet shares of both companies have fallen out of favor with investors recently. Because families are not likely to stop visiting Disneyworld or buying toys for the little ones, Disney and Hasbro should be solid long-term investments.

Here's why Disney and Hasbro are two top stocks to buy now. 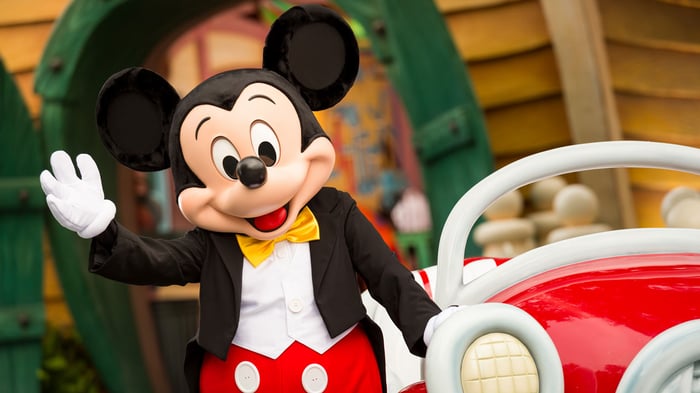 Disney's theme parks and movies are on a roll

Disney has been pumping out blockbuster after blockbuster at the box office lately. The recent release of Marvel's Black Panther in February has grossed $1.3 billion worldwide, and that's on top of $4.4 billion from previous releases including Thor: Ragnarok, Coco, and Star Wars: The Last Jedi. Since fiscal 2013 (following the acquisitions of Marvel Entertainment in fiscal 2010 and Lucasfilm in fiscal 2013), the Studio segment's revenue and operating profit have surged, as you can see in this table.

Through fiscal 2017 ending in September, Disney had released approximately 1,000 full-length live-action films and 100 full-length animated films, and the most successful of these ultimately turn into feature attractions at its theme parks. Over time, these attractions grow guest attendance, allowing Disney to raise prices. In the fiscal first quarter, higher prices for tickets, food, merchandise, and hotel rooms drove a 13% increase in revenue and 21% increase in operating profit for the Parks segment.

Disney's theme parks and resorts is the company's second-largest source of revenue, generating $19 billion over the trailing-12-month period. The segment has grown revenue 35% since fiscal 2013 and should be a steadily growing segment for years to come as management opens new parks, expands existing parks, and adds to its Disney cruise line fleet.

Theme parks, movies, and consumer products are the heart and soul of Disney. However, investors are more focused on the recent declines in subscribers to its ESPN and Disney cable channels as the cord-cutting trend takes its toll, but this is giving investors a unique opportunity to buy shares in a timeless brand at a discount.

At a trailing P/E ratio of just 14, you can buy a piece of the Magic Kingdom at a bargain price compared to the S&P 500 P/E ratio of 25. The recent weakness in media networks shouldn't last forever. Management is beginning to shift investments away from cable to focus more on a direct-to-consumer strategy. This is part of the rationale for the pending deal with Twenty-First Century Fox, which will enhance Disney's digital capabilities. Additionally, Disney is set to launch a robust mobile experience with its new ESPN app this year and a new Disney app in 2019.

Ultimately, Disney's core brand and pricing power should shine, so don't wait for better performance to send the stock price higher -- consider adding shares now while the House of Mouse is on sale. 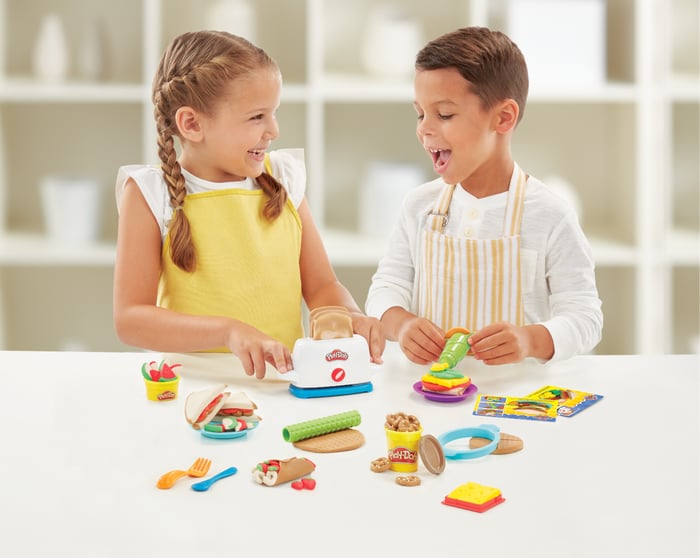 Kids will still get their toys without Toys "R" Us

Hasbro is home to some of the top toy brands in the world, including Transformers, Play-Doh, Nerf, My Little Pony, and Monopoly, among many others. Over the last five years, revenue has grown 22% to $5 billion, and operating margin has expanded 210 basis points to 15.6%.

There should be further expansion as management is focusing more on investing in higher-margin products like its digital offerings, including video games and apps, as well as turning its biggest toy brands into movies, most notably with Transformers and My Little Pony.

Hasbro's entertainment and licensing segment generates about 6% of its revenue, including consumer products licensing, mobile games, and movie releases. As you can see in the table below, this segment is growing much faster than the rest of the business and is where management is focusing more of its investments for long-term growth. Management's goal is to produce one animated film and one or two live action films per year going forward.

Hasbro gaming brands, including Magic: The Gathering, Dungeons & Dragons, and Monopoly, make up 17% of revenue and have grown 30% over the last three years. Magic: The Gathering has seen a surge in its popularity recently with the rise of esports and the growth of game streaming.

Through board games, video games, movies, merchandise, and toys, Hasbro has different channels to reach consumers wherever they are, and that's why the recent uncertainty caused by the bankruptcy of Toys "R" Us is giving investors such a great opportunity to buy shares of one of the leading toy brands in the world at a discount.

Even after factoring in lower revenue as a result of the void left by Toys "R" Us (which made up only 9% of Hasbro's revenue each of the last three years), Hasbro stock currently sports a forward P/E ratio of 15 times the 2018 consensus analyst estimate. With a modest valuation and an above average dividend yield of about 3%, investors should think about adding Hasbro to their portfolio before the market realizes its mistake.