Cloud storage pioneer Dropbox (NASDAQ:DBX) just released its first earnings report as a public company yesterday, following a successful IPO in March. There was also a concurrent private placement with salesforce.com. Between both transactions, Dropbox was able to raise total gross proceeds of $776.7 million, which will come in handy as competition intensifies. Additionally, underwriters exercised all options to acquire more shares, which brought in another $108.4 million, although this money is not included on the first-quarter balance sheet, as that transaction occurred in April.

Here's what investors need to know about the release. 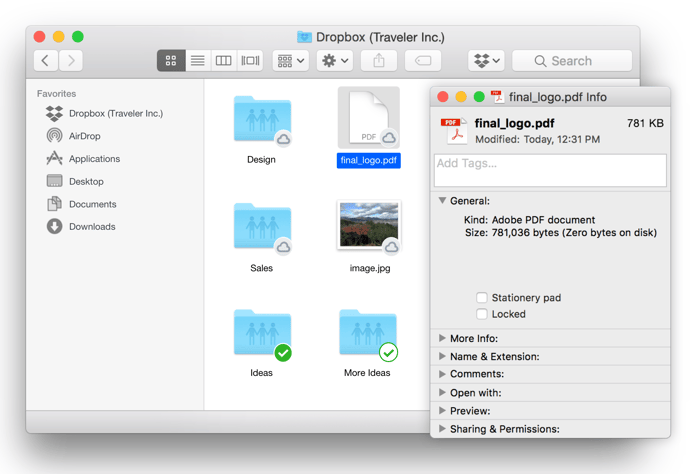 Average revenue per user (ARPU) jumped from $110.79 a year ago to $114.30 in the first quarter. Note that this ARPU figure is presented on an annualized basis for quarterly reports. It's also higher than the ARPU that Dropbox reported in each of the past three years. CEO Drew Houston attributed the ARPU increase to Dropbox Professional, a new individual plan tier that was introduced in October and commands an even higher price point (twice as much) than Dropbox Plus.

Capital expenditures remain modest at just $9.9 million in the quarter, with free cash flow of $51.9 million. Remember that Dropbox began building its own custom cloud infrastructure five years ago, which was a massive undertaking but well worth it in the long run, as it gives Dropbox more control over a critical aspect of its operations while allowing it to scale in a cost-effective manner.

That all resulted in non-GAAP net income of $30.9 million, or $0.08 per share. Both top- and bottom-line results were able to beat the consensus estimates, which called for $309.2 million in sales and $0.05 per share in adjusted profit.

In terms of guidance, Dropbox expects revenue in the second quarter to be in the range of $328 million to $331 million, with an adjusted operating margin of 9% to 10%. That top-line forecast is above the $324.9 million in sales that analysts are modeling for. Revenue for the full-year 2018 should be approximately $1.35 billion.

Despite the company reporting a solid quarter, shares fell modestly this morning. That could be due to the fact that Dropbox's still sports a fairly rich valuation, trading at over 11 times sales. Investors are still pricing in considerable growth, which means that Dropbox has a high bar to meet.