Please ensure Javascript is enabled for purposes of website accessibility
Log In Help Join The Motley Fool
Free Article Join Over 1 Million Premium Members And Get More In-Depth Stock Guidance and Research
By Anders Bylund – May 11, 2018 at 1:23PM

A rip-roaring roller-coaster ride ended with a low-priced buyout offer from the satellite communications specialist's own CEO.

Shares of Globalstar (GSAT -1.26%) had a wild ride in April. By the end of the month, the stock had fallen 11% lower, according to data from S&P Global Market Intelligence.

The month started with a bang as rocketry company SpaceX took an important step toward becoming a direct competitor to Globalstar's satellite communications services. Globalstar shares fell more than 12% that day. 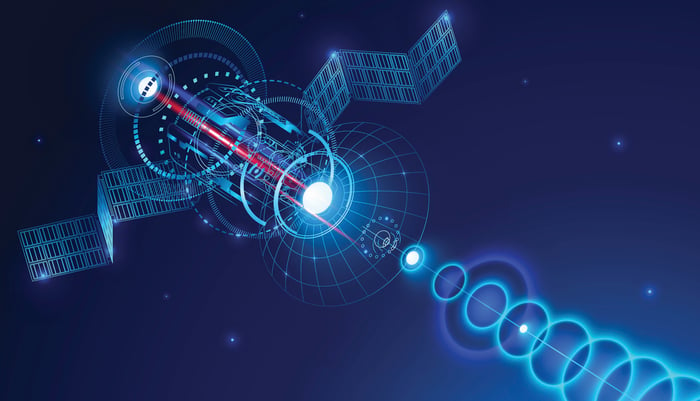 Next, a private equity firm said it would be willing to loan the troubled company as much as $150 million to keep the lights on until Globalstar can find a way to capitalize on the significant value it holds in a large portfolio of radio-spectrum licenses. The same day, analyst firm Morgan Stanley started coverage of the stock with a modest hold rating but had an optimistic tone in its research note. Shares closed 38% higher that evening.

Finally, Globalstar received a firm buyout offer from private equity entities with close ties to the company's own CEO and chairman, Jay Monroe. Acquisitions often trigger big jumps in share prices, but this one had the opposite effect as investors saw the prospects for large spectrum-related gains fade. That caused a 10% single-day drop, and all of this worked out to an 11% haircut across April as a whole.

There is no real reason to buy or sell Globalstar stock anymore. Jay Monroe wants to consolidate his business empire and he has all the share-based votes he needs to push this buyout through at whatever lowball price he wants.