We are on the cusp of perhaps one of the greatest revolutions in transportation in over a century. Two game-changing technologies have made their way off of the drawing board and onto the streets: automated driving and electric vehicles. These two trends are likely going to disrupt our daily lives in profound ways that some of us haven't even begun to fathom. Think of all the urban and suburban space dedicated to parking, wringing out the daily inefficiencies of traffic and congestion, and the very idea of vehicle ownership practically disappearing for a vast majority of the population.

For some, these ideas have some predicting that oil's days are numbered. The idea of removing so much inefficiency in the transportation sector coupled with widespread electric vehicle adoption means our need for oil will be significantly reduced. While there is little doubt electric vehicles will likely play a role in displacing internal combustion engines, that may not have as profound of an impact on future oil demand as you might think. Here are a few numbers for you to consider, and what that could mean for investors making decisions about their portfolios. 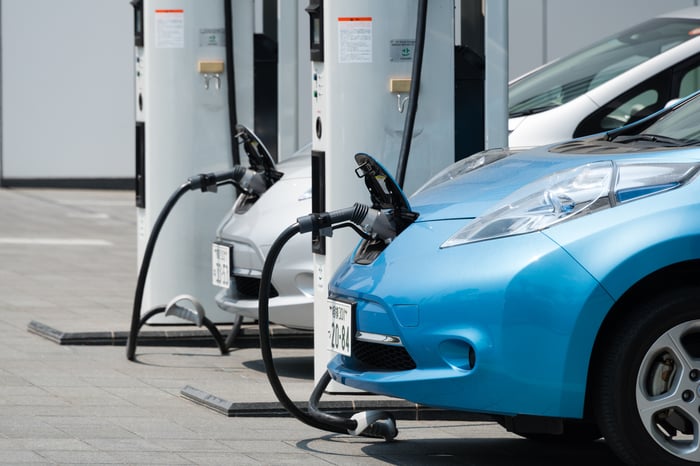 I think it's safe to say we're all aware that crude oil makes more than just gasoline for transportation. It is a vital product for several other things such as plastics, asphalt, lubricants, and other various industrial purposes. Granted, transportation still accounts for 58% of total crude demand, but one important thing to note is that gasoline for light-duty vehicles isn't as big of a contributor to global crude demand as you might think. According to BP, light-duty vehicles -- the driving force for gasoline -- accounted for 20% of total crude demand in 2015. Assuming those percentages haven't changed that much, that means about 19 million barrels per day are dedicated to gasoline for (mostly) passenger vehicles.

So, how much can we expect electric and autonomous vehicles to actually displace oil in the future? Let's start with electric vehicles. According to Bloomberg's New Energy Finance Outlook report, electric vehicle sales will grow from 1.1 million in 2017 to about 65 million in 2040 and account for 33% of the global fleet of passenger vehicles on the road. Also, Bloomberg's report estimates that electric buses will likely be a dominant force. Combined, these will displace about 7.6 million barrels per day of oil demand. Similarly, a report from consulting group McKinsey estimates that 15% of the global commercial trucking fleet will be electric by 2030, and that it will be able to displace approximately 3.5% of global crude demand by 2050.

Then there's the impact of autonomous vehicles. According to the U.S. Energy Information Administration, energy consumption for passenger vehicles and commercial trucking will decrease 16.6% and 13.9%, respectively, by 2040. It's worth noting, though, that these estimates are of total energy consumption, which means reductions of both electricity and gasoline.

These are rough estimates, and of course, a lot can happen in 20 to 25 years to change these projections, but for argument's sake, let's build a scenario for the future of oil. 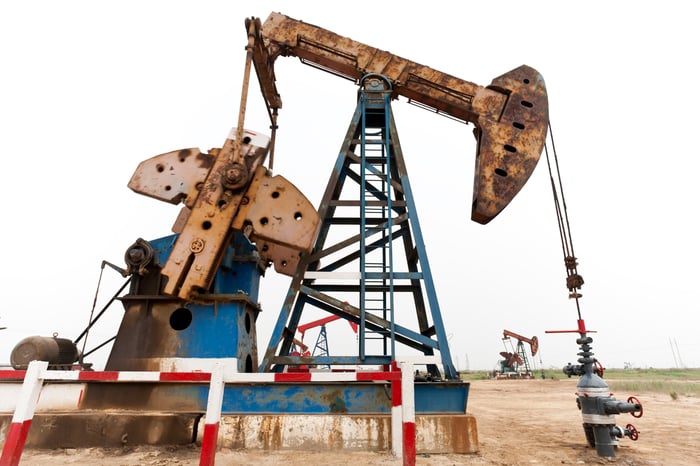 According to OPEC's World Oil Outlook 2017 report, improving fuel efficiency of new vehicles, electrification, and autonomous vehicles will displace future oil demand by about 23 million barrels per day. Counterbalancing those reductions, though, is increasing demand from the developing world. When combined, this report projects that oil demand for transportation will increase 12.5%.

These results are more or less in line with the impacts the Bloomberg and McKinsey studies show. However, an OPEC report is almost always going to paint the outlook for oil with more optimistic brush strokes. Also, one thing we've learned over the years is that most long-term projections underestimate technology penetration. So, for argument's sake, let's take that OPEC displacement number and double it to account for potentially accelerated penetration rates of these new technologies.

By displacing oil demand needed for transportation by 46 million barrels per day between now and 2040, total oil demand for transportation would be about 28% lower than current demand. That's an incredible shift in the way we consume energy, but it also doesn't account for other things that are going to affect oil demand such as growing demand for aviation, petrochemicals, infrastructure, and other industrial uses. According to that same OPEC report, demand for oil in these other sectors is expected to increase by 10.4 million barrels per day.

If we factor all of these things together, then we get an overall reduction in global oil consumption of about 7.2 million barrels per day, or around 7.5% of current demand. Don't get me wrong -- that is a monumental shift in the global oil market. However, it's hard to imagine that this more aggressive estimation of technology adoption would lead to the complete demise of the oil industry.

Don't throw the baby out with the bathwater

There is a lot of investment buzz around renewable energy technologies, electric vehicles, autonomous driving, and several others that will likely displace significant amounts of future oil demand. Companies that get it right have an opportunity to make money hand over fist for decades, and by all means, investors should be looking at investing in these trends over the long haul. Investing in these growth opportunities and investing in oil don't have to be mutually exclusive, though. The ubiquity of oil in so many other facets of everyday life beyond transportation suggests that there is an opportunity to make money in this industry alongside its direct competition for decades to come.

There's no doubt that these emerging technologies will be the greatest disruption to the transportation sector in over a century. From an investing standpoint, though, oil and its alternatives should still be treated as a yes, and situation rather than an either, or one.