Nike Inc. (NYSE:NKE) announced significantly better-than-expected fiscal fourth-quarter 2018 results on Thursday after the market closed. The athletic footwear and sportswear giant highlighted not only sustained momentum from its international markets, but also a surprise early return to growth in North America.

With shares up 10% in after-hours trading as of this writing, let's dig in our heels to get a better look at what Nike accomplished over the past few months and what investors can expect from the company looking forward. 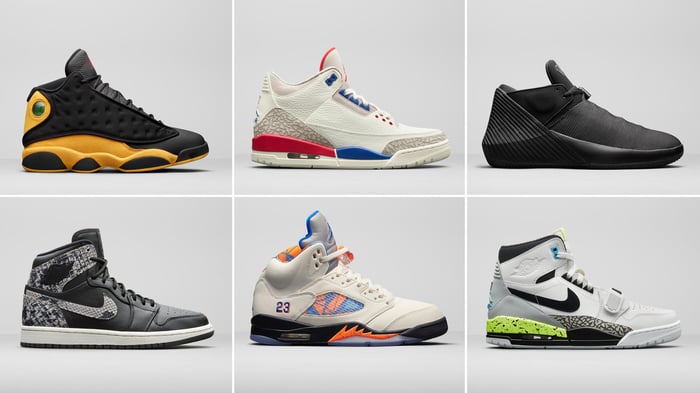 "Our new innovation is winning with consumers, driving significant momentum in our international geographies and a return to growth in North America," stated Nike chairman and CEO, Mark Parker. "Fueled by a complete digital transformation of our company end-to-end, this year set the foundation for Nike's next wave of long-term, sustainable growth and profitability."

During the subsequent conference call, CFO Andy Campion added that Nike now expects revenue growth for the full fiscal-year 2019 to be in the high-single-digit range -- a slight increase from previous guidance calling for mid- to high-single-digit growth. Nike also anticipates that gross margin for the full year will expand by roughly 50 basis points "or slightly greater" (from 43.8% in fiscal 2018).

In the meantime, Nike expects revenue growth in the current fiscal first quarter to climb at the same high-single-digit level, with gross margin expanding at a slightly lower rate than its full-year guidance for the first half.

All things considered -- Nike's continued margin expansion, its sustained international strength, the massive new buyback program, and its early return to growth in North America -- this was as strong a quarter as Nike investors could have asked for. And it's hard to blame the market for bidding up the stock to all-time highs in response.