Venerable office interior furnishings giant Herman Miller Inc. (NASDAQ:MLHR) reports on its fiscal fourth quarter of 2018 on July 3. Management's previously issued guidance aims for net sales of between $590 million and $610 million. Organic revenue growth is projected to hit 4% versus the fourth quarter of fiscal 2017 at the midpoint of this range. Management anticipates diluted earnings per share (EPS) of between $0.49 and $0.53. Outside of the ever-present question of how the company will fare against its own financial targets, what should investors focus on? Below, I've briefly provided four key themes shareholders should watch when the company releases its earnings next week:

In the third quarter of fiscal 2018, Herman Miller's new order intake in North America declined by 5.7%, even as the ELA (comprising Europe, Middle East, Africa, Latin America, and Asia Pacific), specialty, and consumer segments posted order growth of 27.3%, 7.4%, and 14%, respectively.

Management attributed the North American order flow weakness to the "project-based nature of the industry." The work furnishings industry in North America is indeed dependent on corporate expansion and renovation projects, the volume of which can be volatile from quarter to quarter. Nonetheless, management expressed hope that a favorable macroeconomic environment would lead to an uptake in orders during the fourth quarter. Shareholders should key in on this important metric, as North American revenue still accounts for roughly 55% of total sales.

Conversely, the company's consumer segment is enjoying vigorous expansion, having posted a growth rate of 18% in the third quarter. The consumer segment now represents roughly 15% of Herman Miller's total top line, and it's made up of sales to third-party distributors, as well as digital sales to retail customers.

This division is something of an anomaly in that it doesn't depend on project work, and instead is marketed through consumer studios and direct-to-consumer channels. Consumer growth is part of the company's strategy to position itself as a lifestyle company beyond its office outfitting bona fides.

Last quarter, this segment posted an operating margin of just 5%, as the buildout of design studios pressured near-term profits. The company is aiming for high single-digit operating margins by 2020 -- thus, investors should check in on consumer profit both in the current and coming quarters. 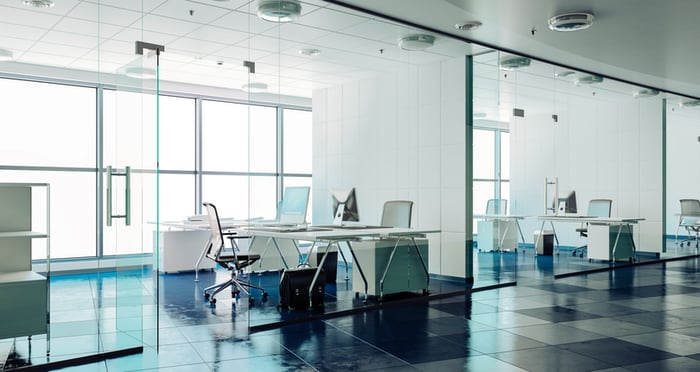 Since Herman Miller's last earnings report was issued at the end of February, the company has revealed two new ownership transactions. On June 6, the organization announced that along with a group of investors that includes certain certified Herman Miller dealers, it's acquiring a 48% stake in Netherlands-based Maars Living Walls, a glass wall and enclosure specialist, at a price of $6 million. On June 7, the company announced that it's taken a 33% interest in Danish ancillary office furnishings provider Nine United Denmark A/S (HAY) for $66 million.

These two acquisitions should strengthen the company's position in Europe. At roughly 18% of total company revenue, the ELA segment is Herman Miller's second-largest division, and it's growing at a much faster pace than its larger peer segment: Last quarter, ELA revenue jumped 17%, versus a 7.4% advance in North America. Expect to hear management provide more details on revenue opportunities from these acquisitions during the upcoming earnings conference call.

Effect of steel and aluminum tariffs

Alongside these factors, Stutz also observed that the organization was beginning to see rising commodity costs, particularly in steel, aluminum, and plastics. As I recently discussed, both Stutz and CEO Brian Walker stated last quarter that at least in the near term, the impacts of the Trump Administration's tariffs on imported steel and aluminum, implemented earlier this year, would be negligible. Management pointed to expected positive sales leverage and continuing cost-cutting efforts as offsets to any potential gross margin headwinds.

However, steel and aluminum prices have increased considerably over the past few months, as uncertainty over global responses to the United States' tariffs pushes up commodity prices. In fact, fellow office furnishings provider Steelcase Inc. (NYSE:SCS), which reported on its most recent quarter last week, blamed disappointing operating performance on gross margin pressures, among them, rising steel and aluminum costs.

The effects of a brimming trade war in metals commodities may be a wild card in this quarter's earnings. Competitor Steelcase has already projected that it will initially pass on some of the cost pain to its customers. Should Herman Miller also report that tariffs are crimping margins, it will be interesting to see if the company follows suit with price increases of its own.