Shares of fiber-optic networking components specialist Oclaro (NASDAQ:OCLR) soared 32.5% higher in the first half of 2018, according to data from S&P Global Market Intelligence. The price boost here also is known as a buyout premium -- sector peer Lumentum Holdings (NASDAQ:LITE) is buying Oclaro for a cool $1.8 billion. 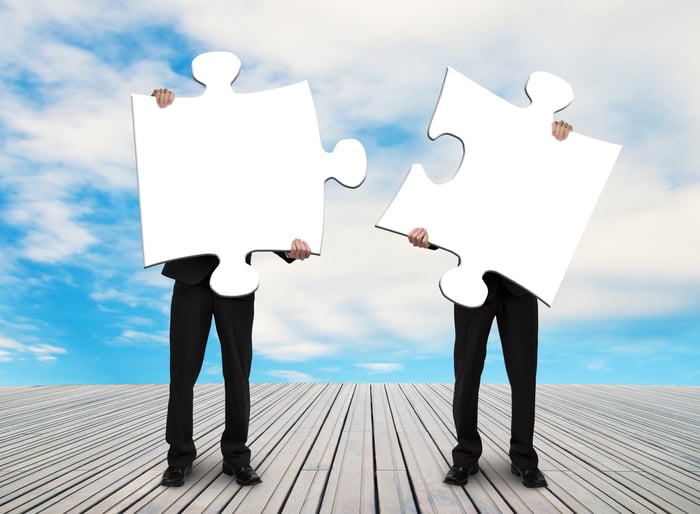 Lumentum announced its intention to buy Oclaro on March 12. The cash-and-stock deal's final value will depend on Lumentum's stock performance, but started out at a 27% premium to Oclaro's then-current share prices. Expected to close by the end of this calendar year, the merger will leave today's Oclaro owners with a 16% stake in the combined company. Share prices surged 27.5% higher that day and have been tracking Lumentum's stock chart closely ever since.

Oclaro itself was created by mergers between the optical component operations of several larger companies, so it's sort of fitting to see the company being absorbed by Lumentum -- formerly known as the networking half of JDS Uniphase. What a tangled web they weave.

The company did have some other market-moving news in recent months, but nothing else really matters now that Lumentum is swallowing the company whole. The OCLR ticker now is essentially just another tool for tracking the performance of Lumentum itself.

This Is How Oclaro, Inc. Stock Rose 32.5% in the First Half of 2018 @themotleyfool #stocks $OCLR $LITE Next Article
Current