Today's rally follows a 20% jump in Zogenix shares yesterday. The excitement stems from news that ZX008 patients with Dravet syndrome experienced a median 62.7% decline in monthly seizures, a performance that significantly outpaced the 1.2% improvement in patients taking a placebo. 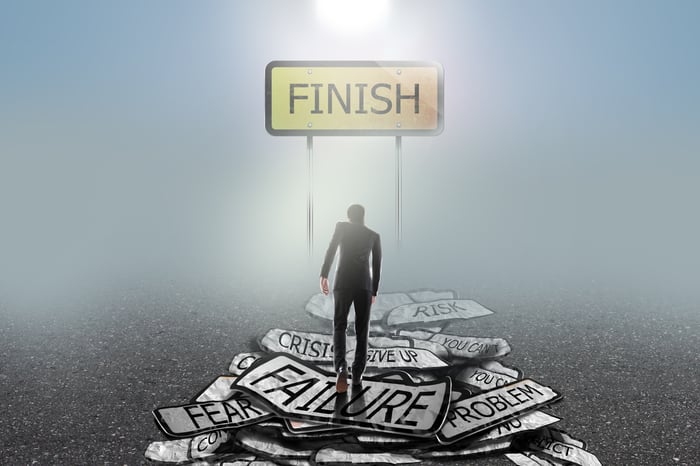 The data confirms phase 3 results reported last fall showing a median 72.4% decline in seizures, and it clears the way for Zogenix to file for Food and Drug Administration approval of ZX008 later this year.

Although Dravet syndrome is rare, most patients respond inadequately to traditional antiepileptic medications, so there's a big unmet need for new treatment alternatives. For this reason, the FDA has granted ZX008 orphan-drug status, breakthrough status, and fast-track status, which has helped speed along its development.

The news comes on the heels of the FDA's approval of GW Pharmaceuticals (NASDAQ:GWPH) marijuana-based epilepsy drug, Epidiolex, last month. In clinical trials, Epidiolex reduced seizures in patients with Dravet syndrome and Lennox-Gastaut syndrome by between 40% and 50%.

Epidiolex is awaiting scheduling by the Drug Enforcement Agency, so it's not certain when it will become commercially available. A decision from the DEA should happen within a couple of months; if so, GW Pharmaceuticals will have about a year's head start on Zogenix to build up a lead in the marketplace.

Ultimately, it's unclear if Epidiolex or ZX008 will win the lion's share of prescriptions for patients with tough-to-treat epilepsy. Epidiolex's DEA scheduling, and perceptions regarding the competing drug's safety, will likely play a role in determining which gets more widely used.

In Epidiolex's case, the risk of elevated liver enzymes that require consistent patient monitoring could crimp its use. In ZX008's case, the fact that it's a low-dose formulation of fenfluramine, the "fen" part of the 1990s drug fen-phen, could be a headwind. As a refresher, fen-phen was removed from the market in 1997 over cardiovascular risks. So far, no cardiovascular problems have been witnessed in studies of ZX008, but fenfluramine's storied past may still give Epidiolex an edge.