Amazon.com (NASDAQ:AMZN) may have suffered through a site crash and strikes by its European employees on Prime Day, but the event was still a huge success. The e-commerce site sold some $4.2 billion worth of goods during the 36-hour sales event. That result will only serve to pad what are quickly becoming some scary growth numbers.

Barring some unforeseen calamity, Amazon is going to virtually own the online retail space, and there's little hope of any competitor catching it. 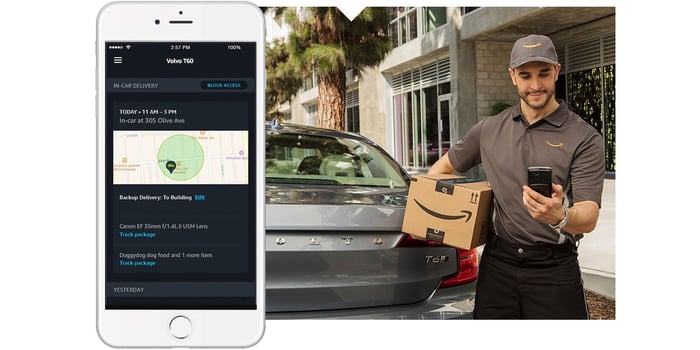 Amazon.com is everywhere you want it to be. Image source: Amazon.com.

One e-commerce site to rule them all

Industry research firm eMarketer expects Amazon to generate $258 billion in e-commerce sales this year, a 29% increase from 2017, and perhaps more ominously, forecasts that it will capture almost half of all sales made online.

Specifically, the online retailer is poised to capture a staggering 49.1% of the e-commerce market in 2018, a 560 basis point jump from a year ago, and will control 5% of all retail sales of any kind in the U.S.

It seems impossible that any other retailer could rival it. Its nearest competitor online is eBay (NASDAQ: EBAY), which accounts for a paltry 6.6% share of e-commerce sales, followed by Apple (NASDAQ: AAPL) at 3.9%. And though Walmart (NYSE: WMT) garners a lot of ink about the digital initiatives it's pursuing in its attempt to remain competitive with Amazon, it's actually in fourth place with a 3.7% share.

And despite the fact that its rivals are growing their own e-commerce revenues -- eBay, for example, achieved a 12% rise in sales in the first quarter to $2.6 billion -- Amazon is still far outpacing them.

Although some competitors might hope Amazon's recent 20% fee hike to $119 for Prime membership might put a drag on its growth, the simple fact is that few retailers have the breadth and and depth of inventory to match it. The benefits Prime members gain from Amazon's scale make it unlikely that an extra $20 per year cost will deter many of them.

It's the belief you can find virtually anything on Amazon.com that has turned it into the go-to website for consumers to begin their digital shopping quests. Various surveys show that nearly half of all consumers start their searches for products there, while search engines like Google and Bing nabbing 36% of consumers. All other retail sites combined garner only 15% of those initial queries.

That phenomenon helps to explain why so many retailers are partnering with Amazon and setting up storefronts on the site, hoping that the glow from the e-tailer's halo will shine down on them. However, while there's some validity to the old saying, "if you can't beat 'em, join 'em," it's also quite possible that by doing so, they are making the giant even bigger.

As eMarketer notes, Amazon's increasing forays into private-label goods are setting the platform up to be a competitor to the brand-name suppliers that now make a significant portion of their sales through the site. "While they are dependent on Amazon as a selling channel, they also recognize the threat to their brands should Amazon decide to compete by introducing its own private labels." 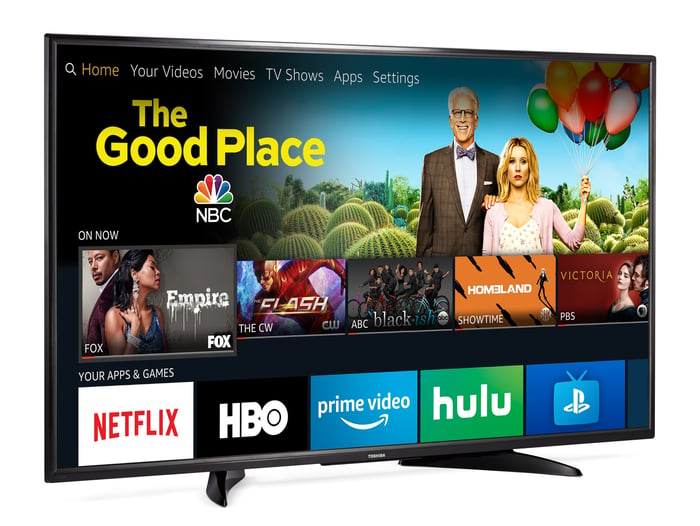 Best Buy (NYSE: BBY) could be one of those most impacted. While it has expanded its partnership with Amazon to become the exclusive retailer of Fire TVs, the computers and consumer electronics category produces that largest fraction of Amazon's retail revenues; it's expected to generate $68.5 billion in sales this year -- more than a quarter of its retail sales. By comparison, Best Buy had a total of $38 billion in U.S. sales last year.

And while supermarkets might take solace in the knowledge that the food and beverage segment provides only a small portion of Amazon's sales -- online grocery shopping has not gained the popularity many expected it would -- the company's sales in the space are expected to grow 40% this year. That may be just the beginning, as Amazon's acquisition of Whole Foods Market gives it a new source of data about consumers' food shopping habits, and allows the company to extend Prime benefits (and Prime Day sales) into a brick-and-mortar grocery store.

The amazing thing about all this is that e-commerce isn't even Amazon's profit center; that title belongs to its web services division, which provides all of the company's operating profits. That means it can subsidize its e-commerce efforts while it's expanding its reach -- and it also means it can take miscues like the site outage on Prime Day in stride.

Given that Amazon stock trades at 290 times trailing earnings and almost 100 times next year's estimates, investors today will definitely be paying up for the privilege of owning its shares. But when a company completely owns its market the way Amazon.com does, many bullish investors will argue it is completely worth it.