At around 10 times forward-looking earnings, AbbVie (NYSE:ABBV) sports one of the cheapest valuations among either big pharma or Dividend Aristocrat stocks right now. In fact, Celgene Corporation and Teva Pharmaceutical Industries Ltd. are the only large-cap drug manufacturers trading at lower multiples than AbbVie. What's behind this rock-bottom valuation?

Wall Street is dismayed by the company's inability to diversify its revenue stream ahead of Humira's date with the patent cliff. Humira is set to face biosimilar competition in Europe later this year and in the United Stated in mid-2023. The core problem is that this single drug still makes up over 60% of AbbVie's annual revenues.

Despite this looming competitive threat, I think AbbVie is actually an incredible long-term buy at these levels. 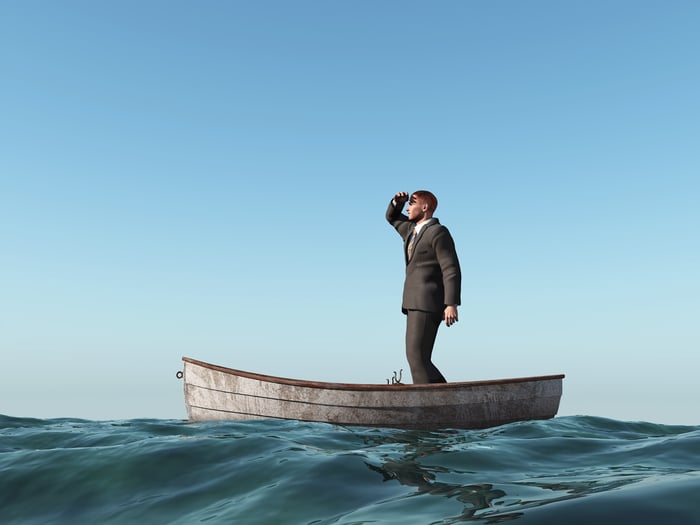 When AbbVie was originally carved out as a stand-alone business in 2013, Abbott Laboratories did so primarily to isolate itself from the biosimilar threat to Humira. AbbVie's management team was thus tasked with building a clinical pipeline capable of producing revenue growth even as Humira went off patent. While that task was certainly no small feat, I believe AbbVie's management has accomplished this herculean goal.

Despite the biotech's $5.8 billion misstep with the solid tumor medicine Rova-T earlier this year, AbbVie has still managed to build out an impressive array of future growth products that are starting to come online right now. As evidence, the biotech was recently granted an approval by the Food and Drug Administration (FDA) for Orilissa as a treatment for moderate to severe pain associated with endometriosis. Orilissa represents a potential megablockbuster commercial opportunity for the company.

AbbVie and its partner Roche have also successfully expanded the label of their potent blood cancer drug Venclexta. Wall Street thinks this next-generation cancer medicine can thus achieve upwards of $3 billion in peak sales as soon as 2022.

On the immunology front, AbbVie appears set to bring two new major drugs to market within the next year, namely upadacitinib and risankizumab. The drugmaker estimates that these two drugs could generate combined peak sales of between $10 billion to $12 billion. Therefore, AbbVie should not only have little problem offsetting Humira's decline, but the drugmaker should be able to continue generating top notch revenue growth well into the future.

The truly odd part about AbbVie's slide of late is that Humira is forecast to retain its title as the world's best-selling drug all the way through till 2024. Put simply, biosimilars aren't expected to have a major impact on Humira's revenue stream anytime soon.

The primary reason is that unlike generics for traditional small-molecule drugs, biosimilars don't offer massive price discounts relative to the branded product. Doctors thus have little incentive to switch patients to an off-brand drug they aren't all that familiar with.

The take away is that AbbVie should be able to keep delivering healthy levels of revenue growth for years, thanks both to Humira's built-in competitive moat as a biologically based medicine and the company's stellar clinical pipeline that is already starting to produce major new growth products. So, in my view, AbbVie's cellar-dwelling valuation is actually a gift for investors willing to wait out some near-term volatility.