Infinera (NASDAQ:INFN) reported its second-quarter results on Aug. 7. As expected, high demand for the company's ICE4 products continues to drive revenue and margins higher. The increased scale is helping the company to inch closer to profitability. Management also recently announced that it is shelling out $430 million to acquire Coriant, which is a privately held network equipment supplier. The transaction will nearly double the company's size. 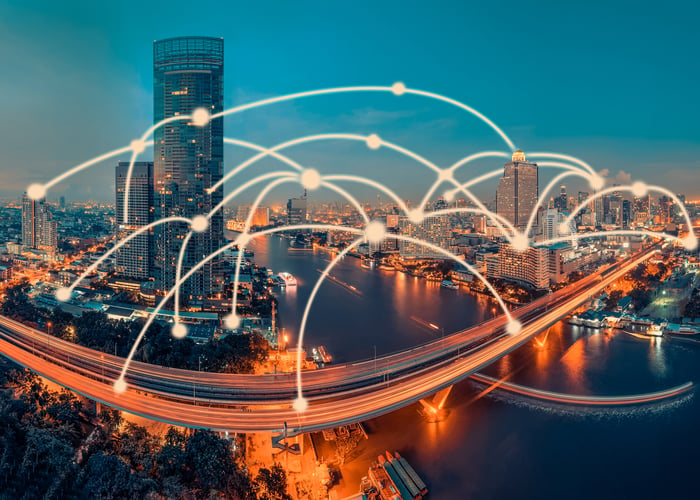 CEO Tom Fallon was pleased to report that this was the company's fifth consecutive quarter of revenue growth. He credited the gains to substantial customer interest in the company's next-generation products. Moreover, he believes that new products and the pending acquisition of Coriant will drive continued growth:

In the second half, we expect to deploy several new opportunities that will drive multi-year growth. We believe adding Coriant's capabilities and extensive customer base to our vertically integrated operating model and refreshed product portfolio, will allow us to enter 2019 in a position of strength. I really like our opportunity and am very excited for what the future holds.

Fallon also reaffirmed all of the financial targets that are expected to materialize as part of the acquisition of Coriant. Specifically, the company plans on realizing synergies of $100 million in 2019 and an additional $150 million by 2021. Management plans on providing investors with a deeper look at its integration plans in the fourth quarter.

On the call with analysts, CFO Brad Feller said he expected that the company's momentum will carry over into the current quarter. However, the company also forecast that margins are going to decline:

Feller also updated his guidance for the full year. Revenue in the back half of 2018 is expected to land between $420 million and $430 million. This revenue range is expected to drive full-year revenue growth of about 13%. The company also expects to achieve non-GAAP profitability in the fourth quarter.