One stock that I think offers the opportunity for tremendous returns at a reasonable level of risk is Cara Therapeutics (NASDAQ:CARA). The clinical-stage biotech's share price is up more than 50% so far in 2018. I suspect that Cara has plenty of more room to run. Here are three reasons why this stock is a great pick for aggressive investors. 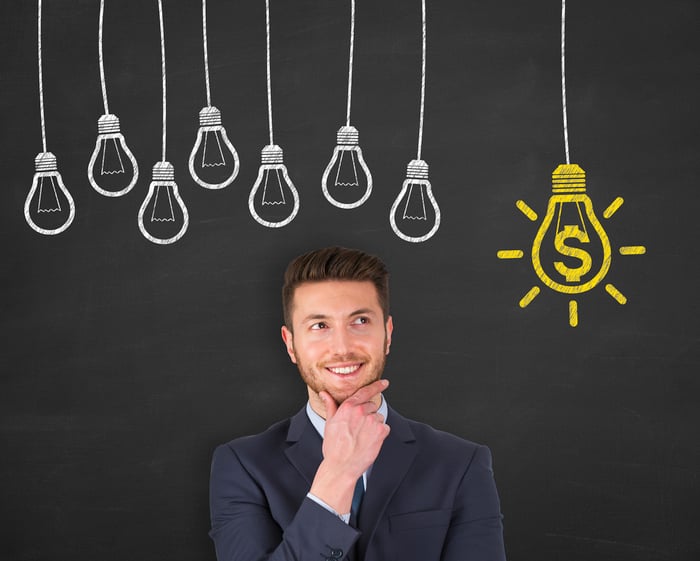 The main thing you need to know about Cara is that the company claims a promising candidate in phase 3 clinical development. Cara is evaluating its Korsuva injection in two late-stage clinical trials targeting the treatment of chronic kidney disease-associated pruritis (CKD-aP) in patients on hemodialysis.

Cara recently dosed its first patient in the second of its phase 3 studies. Results from both studies are expected to be reported in 2019. There is some reason for optimism. Patients taking Korsuva in a previous phase 2 clinical trial experienced significant improvement in itching associated with CKD.

Around 60% of patients on hemodialysis experience pruritis (itching). However, there are currently no approved treatments for the condition in the U.S. or in the European Union.

If Cara achieves success with its Korsuva injection, that could bode well for its phase 2 testing of an oral version of the drug in treating CKD-aP in patients who aren't on dialysis. Around half of CKD patients aren't on dialysis, with around one-fourth of those patients suffering from moderate to severe CKD-aP.

One positive sign for a small clinical-stage biotech is attracting interest from a big partner. When an established company with deep pockets puts its own money on the line for an experimental drug, it makes even aggressive investors breathe easier.

Cara announced just such a deal in May. Vifor Fresenius Medical Care Renal Pharma paid Cara $50 million in cash upfront for the commercialization rights to Korsuva in the CKD-aP indication outside of the U.S., Japan, and South Korea. Cara also stands to receive a tiered royalty on any sales in these markets plus up to $470 million in milestone payments. Vifor Fresenius and Cara will co-market Korsuva in the United States. To make the deal even sweeter, Vifor Fresenius bought a $20 million stake in Cara.

It's helpful for investors to understand who Vifor Fresenius is. The company is a joint venture between Swiss drugmaker Vifor Pharma Group and Fresenius Medical Care (NYSE:FMS), which ranks as the largest dialysis provider in the world. Assuming Korsuva wins FDA approval, Fresenius plans to promote the drug in all of its U.S. dialysis clinics. Most small biotechs would drool over those kinds of prospects.

As they say on the TV infomercials, "But wait! There's more!" Cara Therapeutics hopes to target several other markets in addition to CKD-aP.

The company announced positive results from a phase 2/3 study of an intravenous version of CR-845 (the non-branded name for Korsuva) in June for the management of pain in patients undergoing abdominal surgery. Not only did the drug appear to be effective a reducing pain, it also achieved improvement in post-operative nausea and vomiting. Cara has hinted that it will look for a partner to steer IV CR-845 through the regulatory approval process and market the drug if approved.

Cara also is evaluating oral Korsuva in treating chronic liver disease-associated pruritis (CLD-aP). This is a logical next indication to target, with between 20% and 30% of patients with cholestatic liver disease (where the flow of bile from the liver either stops entirely or slows down significantly) experiencing pruritis. Down the road, the company could explore the potential for Korsuva to treat other conditions that are associated with itching, including atopic dermatitis and psoriasis.

Despite its huge gain so far this year, Cara's market cap is still less than $750 million. Peak annual sales for Korsuva in the CKD-aP indication of $300 million seem achievable. Approval for the drug in this first indication should by itself make Cara worth a lot more than it is now.

I also think that Cara has a good shot at lining up a partner for IV CR845 in treating post-op pain. How much the company will make from such a deal remains to be seen, but this possibility only adds to the biotech's attractive risk-reward proposition.