Going into NVIDIA's (NASDAQ:NVDA) second-quarter earnings report, there were a number of unanswered questions that investors were grappling with, but two remaining concerns from last quarter stood out.

First, the company's data center segment reported enviable growth of 71% year over year for the first quarter, but it was a far cry from the triple-digit increases it had seen in each of the previous seven quarters.

The second lingering issue was the short-term boost resulting from cryptocurrency mining. NVIDIA management expected any remaining demand to fall off due to plummeting prices in digital currencies and the introduction of processors specifically designed for the task.

Investors were wondering how these issues would impact the current quarter's results, and they got the answers they needed. 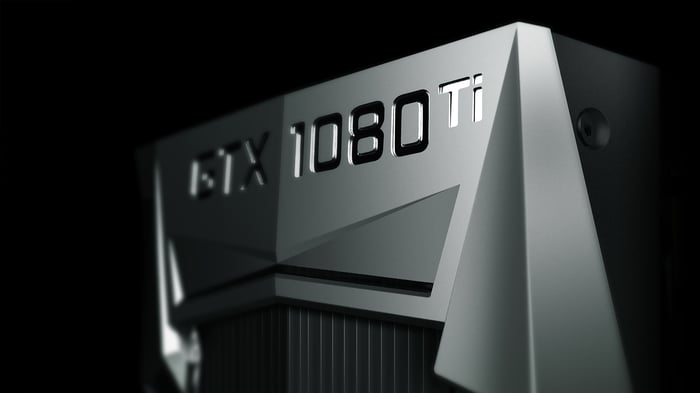 NVIDIA reported revenue of $3.12 billion, exceeding analysts' consensus estimates of $3.11 billion, and near the top end of its forecast. Profits were also strong, with earnings per share of $1.76, which is higher than the $1.66 expected by analysts.

NVIDIA produced gains in all but one of its operating segments, but several numbers stand out.

The gaming segment maintained its healthy growth, up 52% year over year. It's important that demand for graphics processing units (GPUs) remains strong, as it still accounts for the lion's share of NVIDIA's sales.

Revenue in the data center segment accelerated from last quarter's slowing growth, up 83% year over year. This business has been producing the most robust growth for NVIDIA, driven by the increasing adoption of cloud computing and artificial intelligence. The data center segment is NVIDIA's fastest growing segment and now accounts for 25% of the company's sales, up from less than 7% in 2016.

Revenue from NVIDIA's OEM & IP segment declined 54% year over year, driven by lower sales of the processors used to mine digital currency. The company had signaled last quarter that a slump was coming, but demand collapsed much more quickly than it had anticipated. NVIDIA forecast $96 million in cryptocurrency sales during the quarter, but only $18 million materialized. In her prepared remarks, NVIDIA CFO Colette Kress said (emphasis mine), "We are now projecting no contributions [from cryptocurrency] going forward."

The falling stock price that accompanied NVIDIA's earnings report wasn't related to its actual results -- which were better than expected -- but in response to the company's guidance.

For the upcoming third quarter, NVIDIA forecast revenue of $3.25 billion (plus or minus 2%), which would represent growth of just 23% year over year at the midpoint of its guidance. Analysts' consensus estimates were calling for revenue of $3.34 billion and earnings per share of $1.82. While cryptocurrency was a relatively small part of NVIDIA's business, its absence accounts for most the difference in what analysts were expecting and NVIDIA's forecast.

I don't think investors should read too much into the difference. NVIDIA continues to produce robust growth in its gaming and data center segments, and the loss of cryptocurrency sales -- which aren't a meaningful part of its overall business -- doesn't affect the long-term trajectory of the company.