Shares of industrial supplier Heico Corp. (NYSE:HEI) jumped as much as 10.5% in trading Tuesday after the company reported fiscal third-quarter 2018 results. Shares were holding nicely and were still up 10.1% at 2:50 p.m. EDT. 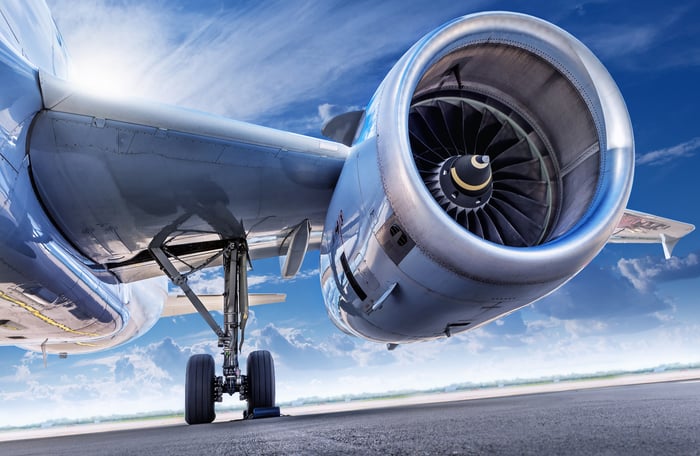 There are a lot of tailwinds behind Heico right now, including growing aircraft sales and the lower tax rate. But I would also watch a total debt to equity ratio that fell from 54% at the beginning of the fiscal year to 43.6% at the end of last quarter. This could allow enough room on the balance sheet to acquire adjacent companies. There doesn't seem to be anything Heico can do wrong in the current economic environment. And given the growth rate, shares may have higher to run.