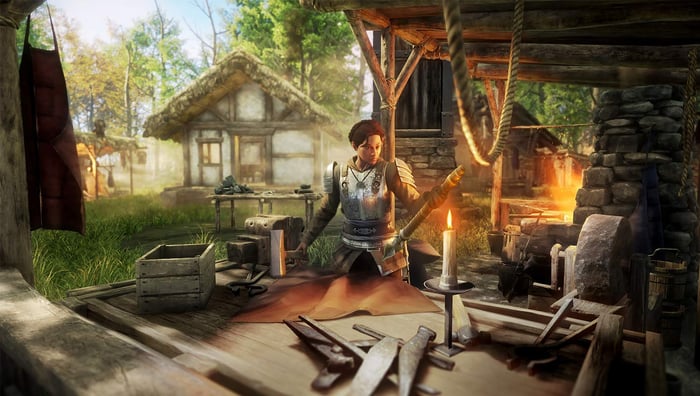 Amazon planned to integrate Breakaway into Twitch, but cancelled the game earlier this year. Amazon hasn't revealed any more details about Crucible, but it recently opened sign-ups for New World's Alpha test. It also revealed new concept art and screenshots for New World, but didn't offer any hints about a potential release date. Will New World eventually become a blockbuster MMO for Amazon, or will it fade into obscurity like Breakaway?

Why is Amazon making an MMO?

Amazon's production of original video games could be a smart move for three simple reasons.

Second, Amazon can integrate its first-party games into Twitch, which reaches over 15 million daily active users and 140 million unique monthly viewers. It could offer special in-game rewards for Twitch broadcasters and viewers, which could prevent them from broadcasting content on rival platforms like YouTube Gaming. 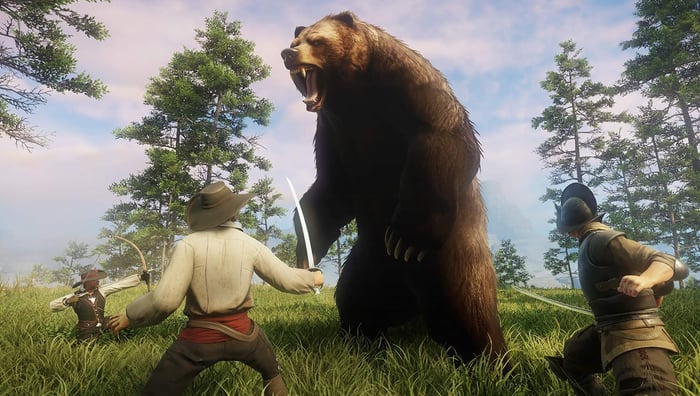 Lastly, Amazon can run all its games in-house on Amazon Web Services (AWS), the largest cloud infrastructure platform in the world, to reduce each game's hosting expenses. MMOs, in particular, require more cloud computing horsepower than other kinds of games, since they need to keep entire game worlds online.

Does New World stand a chance?

New World is an MMO sandbox game that lets players build settlements, fight each other, and battle monsters in a supernatural version of colonial America. That sounds like a promising mix of Activision Blizzard's (NASDAQ:ATVI) World of Warcraft and Epic Games' Fortnite, but Amazon's MMO could still face a tough uphill battle.

The first major problem is that the top MMOs are incredibly sticky and lock in users for years at a time. World of Warcraft's active users have declined significantly since peaking in 2010, but over five million people still play the 14-year-old game, making it the top MMO in the world. NCSOFT's Guild Wars ranks second with about three million players, followed by Bethesda's Elder Scrolls Online with 2.5 million players. 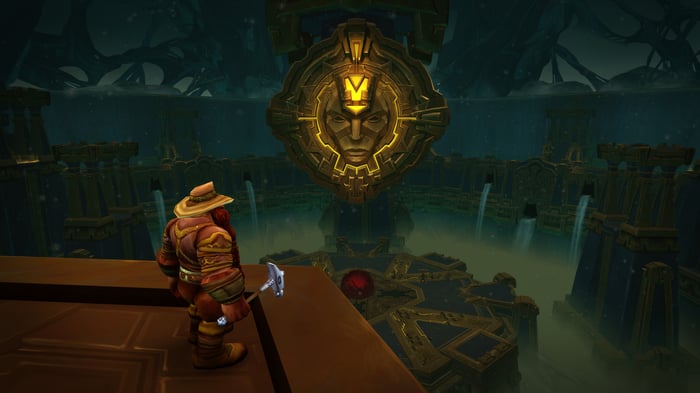 Many publishers have tried to topple those market leaders, and many of those efforts flopped. Those failures include Square Enix's first version of Final Fantasy XIV, Ensemble Studios' Halo MMO (which reportedly burned through $90 million before being cancelled), and LucasArts' Star Wars Galaxies.

Another major issue is that MMOs aren't as popular as other multiplayer genres anymore. World of Warcraft is currently the seventh most popular core PC game worldwide according to Newzoo. Tencent's League of Legends ranks first, followed by Fortnite, Activision's Hearthstone, Bluehole's PUBG, Valve's Counter-Strike: Global Offensive (CS:GO), and Microsoft's Minecraft, in that order.

League of Legends is a MOBA (multiplayer online battle arena) game; PUBG and Fortnite Battle Royale are "battle royale" titles; and CS:GO is a team-based shooter. All these genres are the kind of fast-paced games popularized by esports competitions -- which aren't suited for slower-paced MMOs. That means Twitch viewers might not be keen on watching New World players grind through MMO quests.

Will New World ever see the light of day?

Amazon canceled Breakaway after a four-month Alpha test. Therefore, the fate of New World remains uncertain, especially as it faces entrenched rivals like World of Warcraft and an evolving gaming market that favors esport-friendly MOBA titles, battle royale games, and shooters. Investors should keep an eye on Amazon's gaming efforts, but they shouldn't expect them to move the needle for its core businesses anytime soon.

Could Amazon’s “New World” Be the Next Blockbuster MMO? @themotleyfool #stocks $AMZN $ATVI Next Article
Current