Shares of single-family-homes builder Meritage Homes (NYSE:MTH) jumped nearly 11% in Thursday trading before settling down to close the day up a still healthy 9.5%. But here's the thing: Meritage Homes didn't "beat earnings" today. It missed them -- and by a pretty substantial margin. 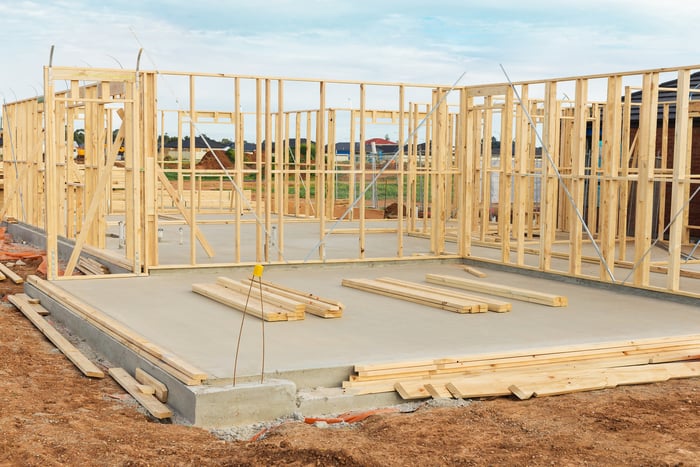 Why are investors bidding up a stock that missed earnings? I suspect the reason is, in part, that Meritage may not have done as well as Wall Street had hoped for but it didn't do too badly this past quarter, either.

Revenues grew 10% year over year and earnings were up 30% despite lower average sales prices on the homes closed in the quarter. CEO Steven Hilton noted that Meritage closed on "the second highest number of homes we've delivered in more than a decade" this past quarter.

Meritage noted in its report that "the next couple of quarters may be more challenging" than what the company has enjoyed in the recent past. Accordingly, management lowered its revenue expectation to roughly $3.42 billion in sales through the end of this year -- below Wall Street's expected $3.59 billion.

That being said, even if this year falls short of what Wall Street is hoping for, Meritage Homes' stock price is almost too cheap to believe -- less than eight times earnings, according to data from S&P Global Market Intelligence -- despite long-term growth expectations in excess of 16%. It seems to me that such a cheap stock price gives plenty of reason to bid Meritage Homes stock up -- earnings miss or not.