Facebook (NASDAQ:FB) has set lofty goals for itself in virtual reality, with founder Mark Zuckerberg setting his sights on a billion headsets in consumers' hands. But even within Facebook itself, the best path to broader adoption is not clear. Do users want cheaper headsets, do they want better headsets, or do they want something else entirely?

A rush of departures from Facebook in 2018 is rumored to be centered on whether the company should be making the best product in the market or reaching the most customers possible. Facebook's Oculus unit has gone after the latter, but that may be a risky strategy in the VR industry. 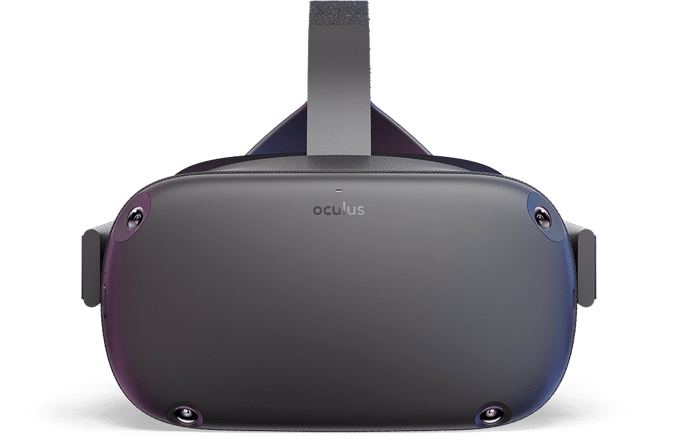 One hurdle the VR industry has always faced is high costs. Headsets are expensive and typically require high-end gaming computers to function properly. That limits the market to those willing to make a big investment in technology.

Lower-cost devices like the Oculus Go and PS VR have gained significantly more traction than the more expensive Oculus Rift and HTC Vive. So, in theory, it's easy to say that cost is what limits the market for VR headset manufacturers.

While cost is certainly a barrier to wider adoption, it's not clear that it's the biggest barrier. And we don't know how big the virtual reality market could be if the cost barrier is overcome.

Is technology the roadblock in VR?

The other school of thought is that VR technology needs to improve to gain wider adoption. Getting low-cost, low-quality headsets into people's hands won't provide the "wow" factor of powerful, high-end headsets.

Reports indicate that some exiting Oculus executives believed that updating Oculus Rift to improve functionality on the high end would help the industry. Sure, Rift 2 may have been more expensive than the $400 Oculus Quest, but it would bring more features, better resolution, improved tracking, and better graphics performance than Quest ever could.

Ultimately, if people aren't blown away by VR the first time they try it, they're less likely to buy a headset for themselves. Oculus Go is fine, but it's a very compromised product compared to high-end devices like Vive and Rift. Oculus Quest may be making some of the same compromises.

The bigger problem for Oculus

As much as the debate over cost or technology might have roiled Oculus and Facebook, the bigger problem may be that most people don't know that Oculus exists. eMarketer estimates that fewer than 5% of people in the U.S. will even put on a VR headset regularly this year, and Oculus only sells a few million headsets each year.

Whether it makes high-end devices or low-cost devices, Oculus needs to reach customers more effectively than it's doing today. Maybe that means a market push is needed, or partnerships with physical locations where users can try VR; right now, it's hard to find a place to put on an Oculus headset without buying it first.

Based on reports of recent infighting, Oculus doesn't know what it wants to be in virtual reality, but the bigger challenge could be in reaching anywhere near the 1 billion people Mark Zuckerberg would like to see in VR headsets.