Last month, I discussed why investors should love chip giant Broadcom's (NASDAQ:AVGO) dividend policy. The company, as you may be aware, has committed to giving back a whopping 50% of its prior-year free cash flow to shareholders in the form of a dividend. Since the company generates a substantial amount of free cash flow -- thanks to its strong competitive positioning in the markets that it plays in, its ability to run a tight ship, and its ability to regularly make free cash flow-boosting acquisitions -- this translates into a great dividend.

On Dec. 6, the company announced its financial results for the fourth quarter of its fiscal 2018 year. Alongside those results, Broadcom revealed just how much of a dividend raise it's giving its shareholders. 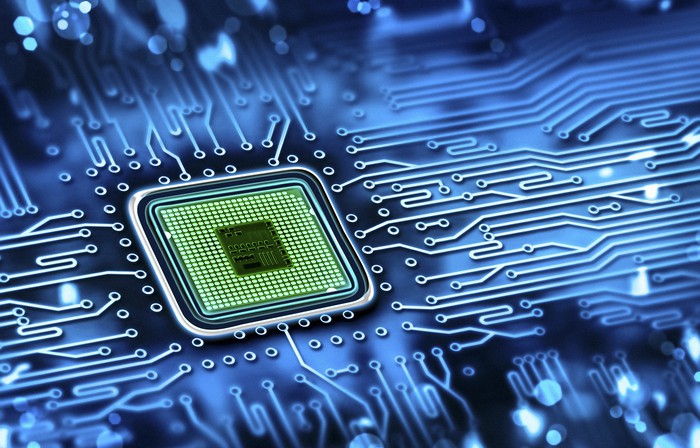 To be clear, Broadcom CFO Tom Krause had already told shareholders that the company planned to deliver "another substantial increase in the quarterly dividend for calendar 2019," but the company hadn't revealed the magnitude of that increase -- until now.

In the fourth-quarter earnings press release, Krause was quoted as saying that "free cash flow from operations grew 50% in fiscal year 2018 to $8.2 billion," further noting that "[as] a result, we are raising our target dividend by 51 percent to $2.65 per share for fiscal year 2019."

On an annualized basis, that works out to a dividend of $10.60 per share.

A great yield gets even better

Ahead of the earnings release, Broadcom stock closed out the Dec. 6 trading session at $227.24 per share. Broadcom's prior dividend per share on an annual basis was $7.00, translating into a generous dividend yield of 3.04%, making it one of the best-yielding large-cap semiconductor stocks on the market: 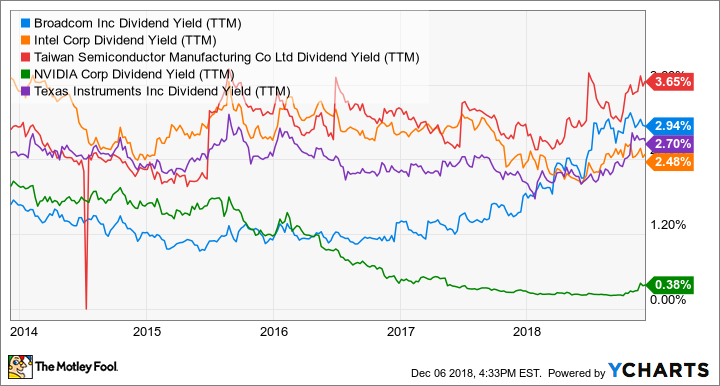 Following the increase in the dividend -- as well as the roughly 5% boost in the stock price that the company enjoyed in after-hours trading following the company's earnings announcement -- Broadcom's dividend yield now works out to more than 4.4%.

Broadcom's large and growing dividend is a reflection of how successful the company has become; it's simply sharing its success directly with its shareholders.

In the earnings press release, both Krause and CEO Hock Tan had some encouraging words about what lies ahead for the business.

"Looking forward to fiscal year 2019, we expect another year of double-digit growth," Tan said. "Sustained demand within our semiconductor segment will be augmented by the newly acquired mainframe and enterprise software businesses to our infrastructure software segment." Tan is referring here primarily to the company's recently completed $18.9 billion acquisition of CA Technologies.

Additionally, Krause said in the release that "[looking] ahead for the year, we expect sustained revenue growth and improving operating leverage to accelerate cash generation from operations."

If Broadcom's dividend policy remains unchanged in fiscal 2020 -- which I think is quite likely -- then shareholders should look forward to a solid dividend increase at this time next year.