Professional furniture, architecture, and technology design products provider Steelcase Inc. (NYSE:SCS) enjoyed profitable growth during its fiscal third quarter thanks to a heavy slate of project work in the Americas segment, which supplemented expansion in higher-growth markets. Below, we'll zero in on the factors that contributed to Steelcase's successful quarter. Note that all comparative numbers in this article are presented against the prior-year quarter (the fiscal third quarter of 2018).

What happened at Steelcase this quarter? 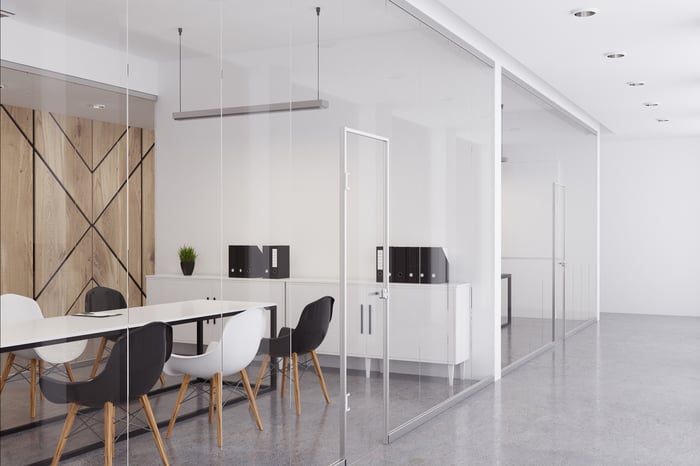 In Steelcase's earnings press release, CEO Jim Keane alluded to both the company's acquisition strategy and faster internal innovation in summing up the quarter's results:

The successful implementation of our growth strategies to broaden our product offering contributed to another quarter of strong organic revenue growth, which continued to outpace recent industry trends in the U.S. and many other markets... The 41 percent improvement in earnings per share in the third quarter was even stronger than the 32 percent growth in the second quarter and was driven by our target to expand earnings through revenue growth while continuing to drive fitness across our business mode.

Dave Sylvester, Steelcase's CFO, provided additional insight into primary drivers of the quarter's growth, including commentary on the volatile order flow in Europe:

In the Americas, we achieved strong operating leverage from the $68 million of organic revenue growth even though revenue from our recent pricing actions was offset by inflation...In EMEA, we were pleased to report year-over-year improvement in our operating results again this quarter, despite political and economic uncertainty in the U.K. and France, which may have negatively impacted demand patterns across the region.

In the fourth quarter of fiscal 2019, Steelcase expects to book revenue of $860 million to $885 million. At the midpoint, this will represent a year-over-year improvement of roughly 13% and an organic revenue advance of 10.5%.

As for the bottom line, Steelcase is projecting a diluted earnings-per-share (EPS) range of $0.24 to $0.28 for the fourth quarter, which if met will mark a 37% leap over the comparable quarter's unadjusted diluted EPS of $0.19. Management has not issued fiscal 2020 targets yet, but affirmed in its earnings report that it expects to amplify both revenue and earnings again next year.