Since its debut as an online bookseller in July 1995, Amazon.com (NASDAQ:AMZN) has become known as the "everything store," for carrying almost everything under the sun. The company has evolved into the world's largest digital seller, as well as the sixth largest retailer worldwide. For that reason, it's easy to continue thinking of Amazon as primarily an e-commerce platform, but that would belie the enormous opportunities that the company is pursuing elsewhere.

Let's have a look at the growing list of areas where Amazon is thriving outside its core e-commerce operations. 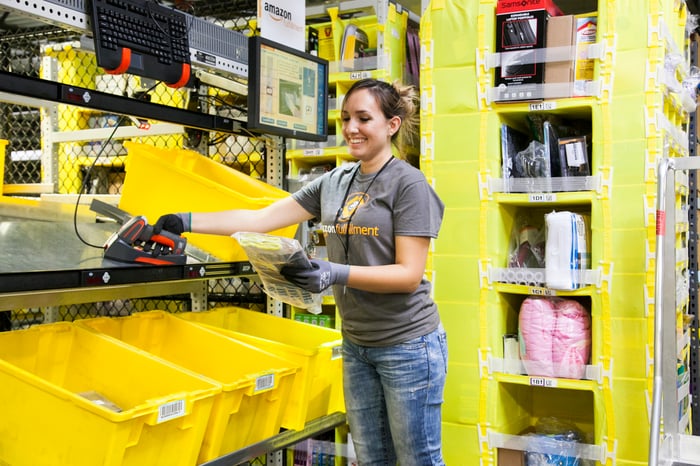 Because it has to manage the storage and delivery of much of what it sells, Amazon has become one of the foremost logistics operators around. The company says it has more than 75 fulfillment centers and 25 sorting centers in North America alone and that during holiday rushes, the company ships more than 1 million items per day.

While fulfillment centers form the backbone of its logistics operations, all those packages wouldn't move without a transportation system to back it up. Third-party carriers still manage the majority of its deliveries, but Amazon has been rapidly expanding its own delivery network. The company currently has a fleet of 40 Amazon Air cargo planes -- with plans for as many as 100 -- and has operations in more than 20 U.S. airports.

Earlier this year, the company announced a program called Amazon Shipping that would set up and certify small-business owners to deliver its packages, providing a fleet of Amazon-branded vehicles to qualified applicants. The company recently increased its vehicle order from 4,500 to 20,000 because of the surprising demand to participate in its program. Amazon's thousands of third-party merchants could benefit from lower shipping rates made possible by the expansion of Amazon Shipping.

While the majority of Amazon's business is still conducted online, the company has a growing number of brick-and-mortar stores hawking its wares. Investors are no doubt aware of the 479 grocery stores that came with last year's $13.7 billion acquisition of Whole Foods, but that's just the beginning.

The company recently opened its ninth Amazon Go location, an automated store that tracks what customers take off shelves and charges them through an app once they leave the store -- all without the aid of a cashier. While that may not seem like much, the company reportedly has plans for as many as 3,000 locations in the coming years. 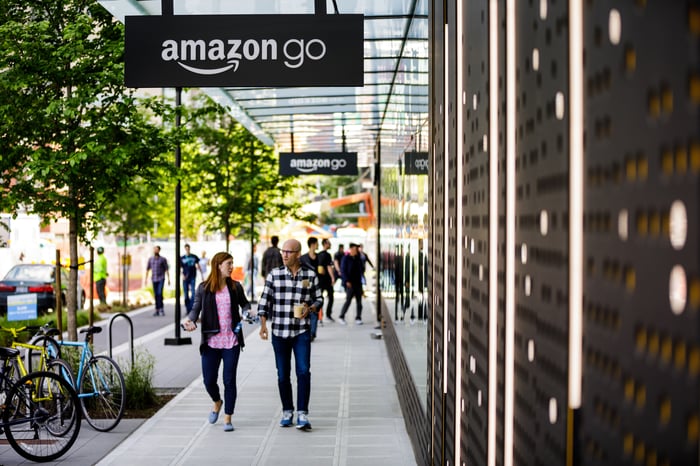 Amazon also has a number of physical bookstores, about 18 as of last count, which feature the website's most popular titles and provide a showcase for its many electronic devices. The company recently opened a new concept store, dubbed Amazon 4-Star. Locations only carry top sellers from its website, rated four stars or higher, or new and trending items. This is all in addition to the pop-up kiosks that appear in malls, and space within Whole Foods stores and Kohl's locations across the U.S. which showcase its growing list of electronic devices.

Another popular business is Amazon Prime Video, the company's streaming video offering, which provides thousands of television shows and movies to subscribers. The company is widely regarded as second only to Netflix in streaming video, with Prime attracting more than 100 million members. While this is a free benefit to Prime members, the company also offers the service a la carte for $8.99 per month.

With the evolving media landscape, Amazon's expanding roster of licensed and original programming ensures that the company will remain one of the dominant forces in the streaming industry.

Amazon uses artificial intelligence (AI) to boost its business in a variety of ways, such as making product recommendations to shoppers and program recommendations to those using Prime Video. The technology also provides the foundation that makes Amazon Go stores possible.

The company's most consumer-facing foray into AI is its voice-activated digital assistant, Alexa, which can be found in a growing list of the company's branded electronic devices -- most notably the Amazon Echo smart speaker. This is a space Amazon pioneered, so it shouldn't be a surprise the Echo accounts for nearly 70% of the installed base of smart speakers, according to research from Consumer Intelligence Research Partners. 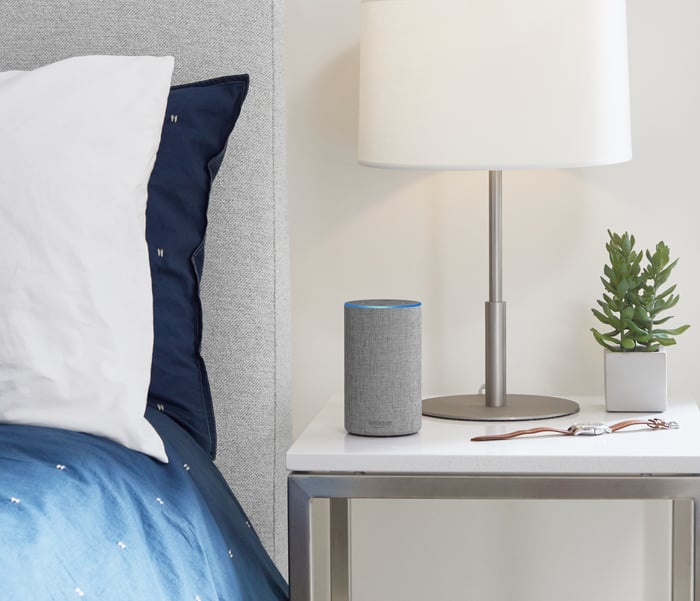 For all its virtual transactions and online real estate, the only surprise is that it's taken this long for Amazon to become an advertising powerhouse. The company recently ascended to become the third largest digital ad platform in the U.S., generating more than $10 billion annually from advertising alone.

Nearly half of all shoppers are searching for a specific product when they start a search on Amazon's e-commerce site. With nearly half of all online sales, the company has a captive audience for its growing advertising business.

No list of the company's growth areas would be complete without a mention of Amazon Web Services (AWS). A substantial portion of the company's profits over the past several years have come from its cloud computing segment. So far in 2018, AWS has produced 11% of Amazon's net sales, and 59% of operating profit. AWS is still the gold standard, and some believe the segment could triple over the coming five years.

Amazon's e-commerce growth is slowing, partially due to its sheer domination of the space. The company is expected to account for nearly half of all online sales in the U.S. by the end of 2018. Its international expansion is ongoing, but Amazon is looking to other areas to increase its already massive gains.

Each of these areas individually represents another opportunity for growth, but taken together, they illustrate why Amazon is much more than an e-commerce platform and will be a force to be reckoned with for years to come.