Dropping cable in favor of streaming services has become increasingly popular. Traditional pay television has already lost 1.82 million paying customers through three quarters, an increase over the 1.49 it lost last year in its entirety.

In fact, since 2014 the cable universe has shrunk from 95.2 million households to 90 million as of the third quarter. And when you look a little closer the reality is worse for big cable: Another 4.2 million customers have switched to cheaper "skinny" bundles delivered over the internet, which are less profitable for the companies offering them.

On the surface this is a financial win for consumers. In some cases, people are trading in cable bills of over $100 for a Netflix (NASDAQ:NFLX) subscription that costs $10.99 a month. That's a clear savings (even if the internet provider raises the price of broadband).

But not every -- maybe even not many -- consumers manage to pull off this sort of swap. Many cord-cutters (especially the 4.2 million paying for streaming cable-like services) still want their favorite channels, but they don't want to pay for the ones they don't watch. That creates a problem that will have consequences for the entire TV viewing universe. 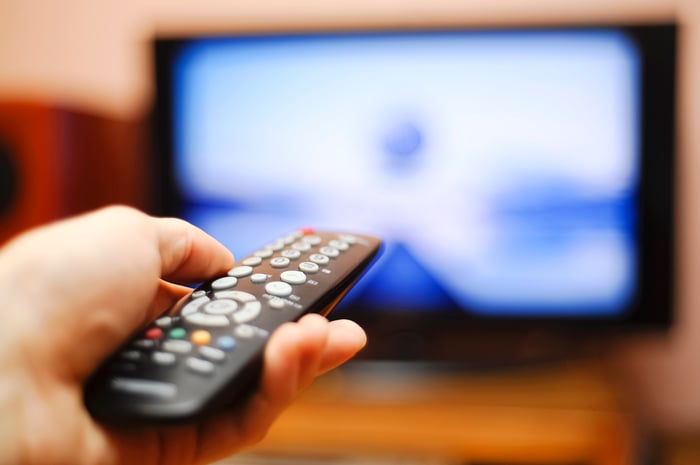 The collapse of cable communism

On the surface, it's easy to get behind the idea that people should only pay for the channels they watch. But that's not how the current cable system works. In most cases, people pay for tiers of service -- maybe to get access to Food Network you need to buy a package that includes ESPN 2, which you never watch.

It seems logical that you should be able to opt out of the channels you don't want. The problem is that each cable subscriber pays a fee (anywhere from a few cents to a few dollars for the most-popular channels) for each channel. If people only paid for what they watched, many smaller channels would not be able to afford to operate, and many bigger ones would have to do with less.

Food Network and ESPN 2, as examples, would either have to charge more per customer (which would cause more people to drop them) or spend less on programming. Marginal channels might vanish entirely. You may like watching old videos on MTV2, but would you opt-in to pay even $1 to do so?

Cable companies have already begun taking steps to lower their own costs. So far, this has only hurt very marginal stations like Fuse and BeIN sports, which have lost carriage deals (and the few cents those channels got for each subscriber lost). Consumers aren't likely to balk at the loss of either channel (though BeIN does have some niche sports content like Major League Wrestling, which has a small but devoted audience).

They will, however, be affected when the loss of revenue impacts more important channels. That could mean ESPN passing on the rights to a major sport, or secondary channels either going away or moving to a higher-priced tier.

Forcing cable customers to subsidize each other's favorite channels creates more choice. Allowing a la carte purchases or skinny bundles will result in less choice for everyone. Again, that's not a problem for the person happy to just watch Netflix; but for people who still want a cable-like package, you not wanting to pay for my favorites and me not wanting to pay for yours means we both will likely lose channels, or at least programming we enjoy.