3M Company's (NYSE:MMM) premium valuation means it doesn't really have a huge margin of safety should things go wrong in 2019. Trading on a current P/E ratio of 26 times earnings, the stock is expensive on an absolute basis as well as compared to its peers. Unfortunately, the company's recent fourth-quarter earnings saw management lowering full-year revenue and earnings guidance at the first hurdle. Let's take a look at earnings and how they affect the investment thesis for the stock.

As noted above, 3M's current valuation looks expensive, and comparing its forward valuation to those of its peers also shows that the market is currently willing to pay a premium for the stock. In a sense, it's understandable; after all, 3M is a Dividend King, having raised its dividend for more than 50 consecutive years. Moreover, its much-vaunted business model -- 3M spends relatively high amounts (for an industrial company) on research and development in order to produce differentiated products with pricing power -- and reputation for execution is prized by investors. 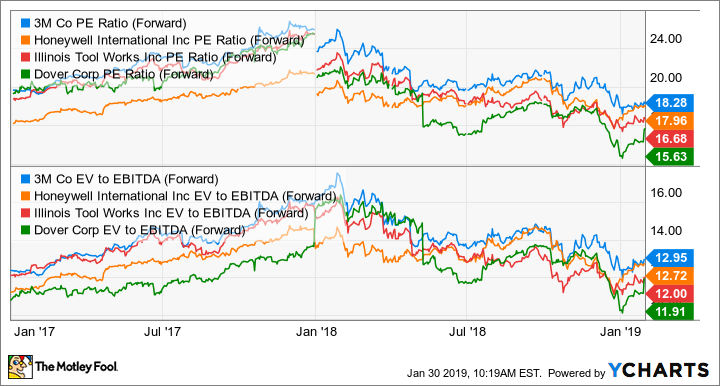 The question is whether the premium rating is still justified or not.

The company had a difficult year in 2018. Having started the year forecasting 3% to 5% organic sales growth, the final figure of 3.2% came in at the low end of guidance. Moreover, the fourth-quarter earnings call saw management already cutting the full-year 2019 guidance it gave recently in November.

As you can see below, management lowered the bottom end of its sales growth guidance, and even accounting for a negative impact of $0.10 from an acquisition, EPS guidance was also cut.

The reason for the change? CEO Mike Roman put it down to "there has been slowing in key end markets with the biggest impact coming from China, automotive, and electronics."

To be fair, given the economic news out of China and what other companies have been saying about trading conditions, it's hardly surprising. As such, 3M's outlook was probably received with a sense of relief that matters weren't a lot worse.

Positives from the quarter

In fact, there were some positives from the quarter. For example, the healthcare segment's 4.8% organic revenue growth rate in the quarter was only the second quarter in the last two years where its growth rate was within management's expectation for 4% to 6% growth.

The 4.1% organic growth rate in the electronics and energy segment was also a good performance under the circumstances. 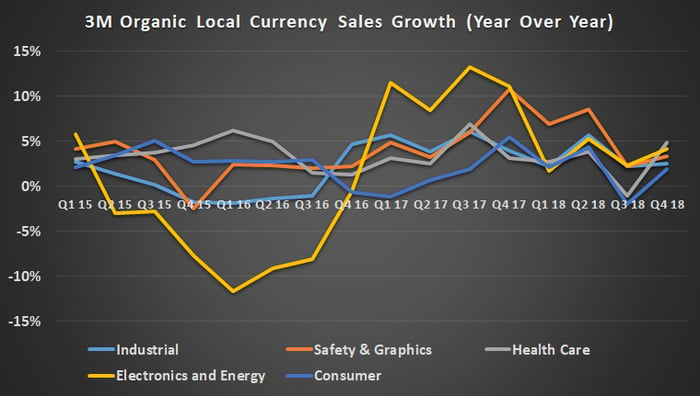 Furthermore, the pricing performance in the quarter was the strongest it's been for a few years, and given that it was accompanied by volume growth, it suggests 3M is regaining pricing power -- a key assumption in its business model. 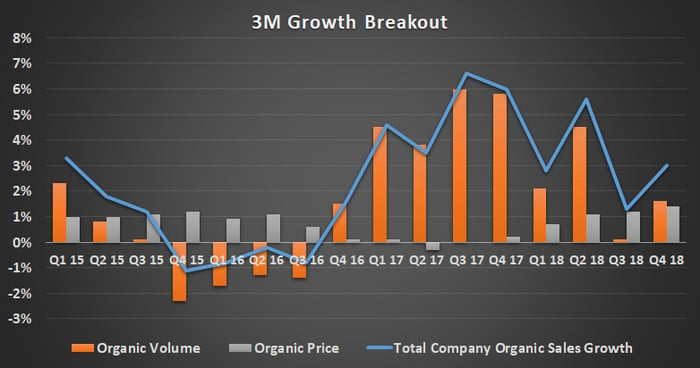 Was it enough to make 3M a buy?

While there were some positives to be drawn from the fourth quarter, management still cut guidance and talked over its automotive and electronics end markets weakening in the quarter. 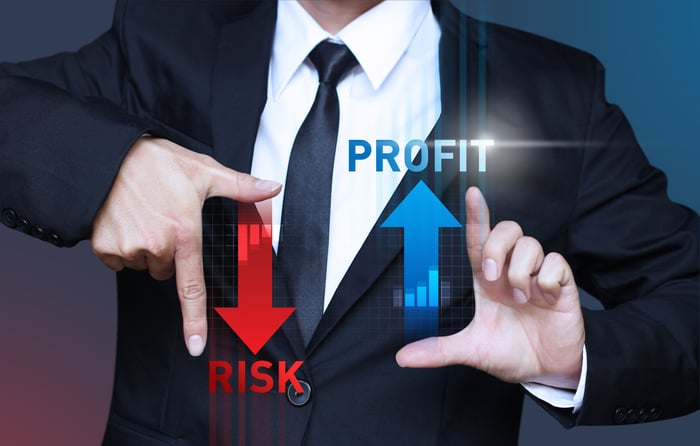 All told, 3M took steps in the right direction in the fourth quarter, but the company's full-year guidance remains under pressure, and its mid-term assumptions look optimistic. Meanwhile, investors look likely to experience a period of weaker growth while hoping for an upturn in the second half. Frankly, it's hard to conclude that 3M deserves its premium rating right now, and there is risk on the downside.