"The video game industry continues to grow through a year of intense competition and transformational change," CEO Andrew Wilson said in a press release. "Q3 was a difficult quarter for Electronic Arts and we did not perform to our expectations."

The shortfall was due in part to weaker-than-expected sales of Battlefield V, which were negatively impacted by development delays that forced EA to postpone its launch until November. "Unfortunately, the later release date meant the game launched deeper into a competitive holiday window where heavy price discounting was a big factor," Wilson said during a conference call with analysts. 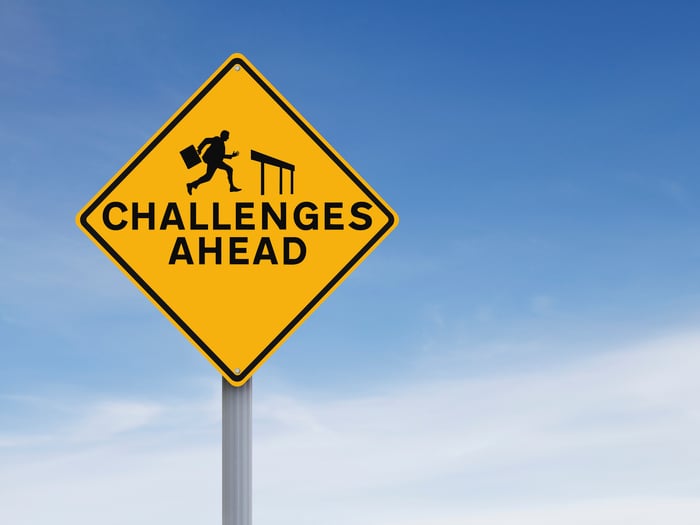 Wilson said that "significant" competitive challenges would continue to weigh on Electronic Arts' results in the fourth quarter. In response, the company cut its full-year net bookings guidance to $4.75 billion, down from a prior estimate of $5.2 billion. It also lowered its revenue forecast to $4.875 billion from $5.15 billion.

Management, however, remains optimistic that a slate of new game launches can help it right the ship. The company recently launched Apex Legends, a new free-to-play battle royale game that quickly became the No. 1 title on popular gaming platform Twitch. Electronic Arts plans to release its highly anticipated Anthem game on Feb. 22 and a promising Star Wars Jedi: Fallen Order game this fall.

"As we take action to address our challenges, our underlying business is strong, our pipeline is robust, our teams have amazing talent, and we're confident for the future," Wilson said.