Skyworks Solutions (NASDAQ:SWKS) has had a difficult year dealing with a smartphone industry downturn, but those buying company stock in recent weeks, at least, don't seem to mind.

After a 29% decline in 2018, the stock price has rallied by a double-digit percentage so far in 2019, and optimism that the bottom is in sight for the connectivity chip designer is keeping investors enthused. Paired with some optimism future performance and a new share repurchase program, Skyworks looks like a good deal at the moment. 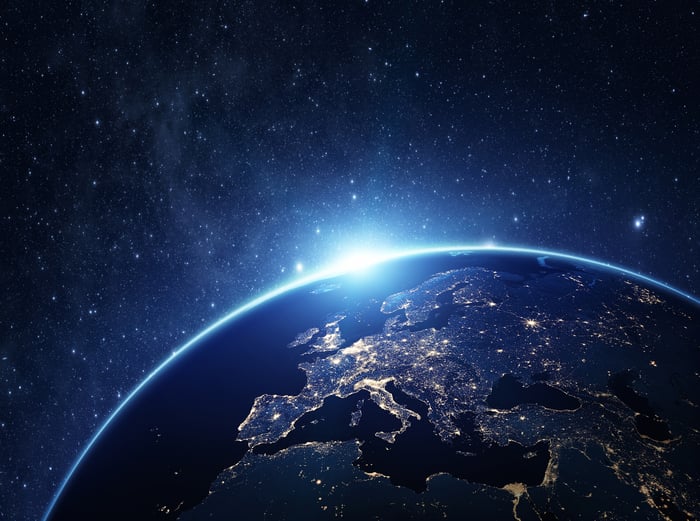 Though sales and adjusted earnings rose 6% and 12%, respectively, during its fiscal 2018 (which ended Sept. 28), business was already starting to slow at the end of that period due to slackening demand for smartphones -- especially in China. According to research firm IDC, global smartphone shipments fell 3% in 2018.

As a big supplier of smartphone components (mobile accounted for 73% of revenues in the first quarter), Skyworks felt the pain, and management had forecast a 4% and 5% decline in revenue and adjusted earnings, respectively. That guidance was later scrapped when management found that sales were trending worse than forecast.

When the final numbers were calculated, Skyworks notched a massive annualized earnings increase. But that gain reflected a big one-time tax charge the company took during fiscal Q1 2018. Factoring that out, earnings actually declined, as the chart below shows.

The outlook for fiscal Q2 wasn't much better. Management called for $800 million to $820 million in revenue, and adjusted earnings per share of $1.43 at the midpoint of that range. That would amount to at least a 10% sales decline, and a 13% drop in adjusted profits. So, not great. Nevertheless, there was some reason for to be hopeful.

For one thing, Skyworks' stock had gotten downright cheap. Though sales slid, the chipmaker remains highly profitable. It generated a record $549 million in cash flow from operations during the last quarter. Even after the post-report share price bounce, it trades at a mere 12.4 forward price-to-earnings ratio, and a 17 trailing P/E ratio. Those figures suggest a dramatic rebound in the bottom line is right around the corner.

CEO Liam Griffin supported that theory when he said his team is confident about where Skyworks is headed during the second half of 2019 -- a sentiment that other semiconductor designers share. Beyond the industrywide outlook, the company recently revealed it had won new design contracts in the smart speaker market with Bose, in smart city power management with Philips, and in mobile payments systems with Square, to name a few. The build-out of telecom's mobile 5G networks should ramp up too, and Skyworks is in position to benefit with its portfolio of network infrastructure building blocks.

Management also announced a new $2 billion share repurchase program. That's a significant sum considering Skyworks' market cap is currently just $14.7 billion. If the company does return to growth soon, rebounding profit margins and stock buybacks could support Wall Street's thesis that the stock's earnings per share will head north later in the year. Paired with new mobility technology like 5G in the early innings of development, Skyworks Solutions has the potential to be a good buy in spite of the near-term headwinds.