Shares of Anheuser-Busch InBev (NYSE:BUD) climbed 15.4% in January, according to data from S&P Global Market Intelligence, both as the broader market rose and amid speculation that brewing giant is mulling an initial public offering for its Asia business.

Regarding the former, AB InBev's rise was almost certainly aided by an 8% increase from the S&P 500 in January. But its gains also accelerated following early reports that it was considering an IPO for certain parts of its Asian operations, which account for 20% of the company's global volume and notably includes China's popular Harbin beer brand. 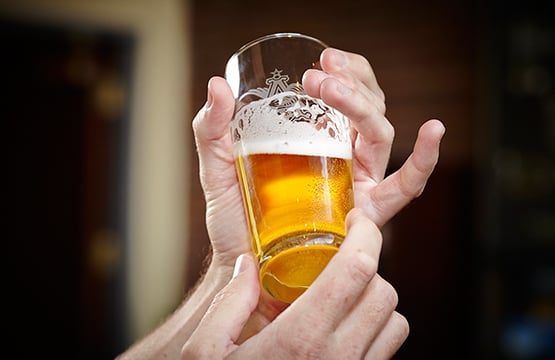 Shares rose even as AB InBev declined to comment on those reports around the middle of last month. Rather, an AB InBev spokesperson insisted the company "always look[s] at opportunities to optimize our business and drive long-term growth, and we are very committed to our business in the Asia-Pacific region and excited about the potential of this geography."

Of course, it didn't hurt when, on Jan. 22, RBC Capital upgraded AB InBev stock to one of its "Top Picks," citing the company's recent moves to refinance debt acquired through its various mergers and acquisitions in recent years.

Incidentally, word of a potential IPO has only heated up so far in early February, with several media outlets citing sources "familiar with the matter" as saying AB InBev has now secured JPMorgan Chase and Morgan Stanley to work on the offering. Furthermore, depending on market conditions, they say that offering could happen on the Hong Kong stock exchange.

Coupled with its efforts to improve its balance sheet in recent weeks, spinning off its Asia operations through an IPO could certainly serve to unlock the value of its enormous business while enabling AB InBev to hone its focus on its remaining core markets.