This month, Microsoft (NASDAQ:MSFT) was the latest to get caught in such a web when a group of employees called on the tech giant to drop its $480 million contract to supply the U.S. Army with 100,000 HoloLens devices to aid in training. 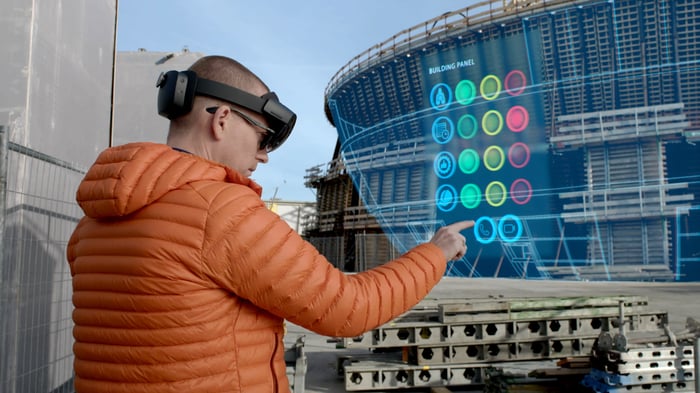 Microsoft isn't the only tech company butting heads over its relationship with military and law enforcement. Amazon (NASDAQ:AMZN) has taken heat over its dealings with Immigration and Customs Enforcement (ICE), in part for holding talks with the department about licensing its facial recognition technology to the government agency. Amazon has also sold facial-recognition tech to police in states like Florida and Oregon, and the company's own employees sent a letter to CEO Jeff Bezos last June calling on the Amazon founder to suspend the sale of such technology to law enforcement agencies over privacy concerns.

Alphabet (NASDAQ:GOOG) (NASDAQ:GOOGL) ran into similar problems after employees signed a petition asking the company to withhold its artificial intelligence technology from the military. The Google-parent appears to be the only one of the big tech companies to heed the calls of its workforce. The company said last June that it would not renew a contract with the Pentagon related to that artificial intelligence initiative.

These employee protests are just the latest example of increasing concerns about the expanding reach of big tech companies in the media and among consumers more broadly. In addition to the backlash against Amazon in New York, headlines about privacy violations at Facebook (NASDAQ:FB) and other social platforms dominated tech and business media for much of 2018. It seems both citizens and governments are becoming wary of the monopoly-like power of these giant tech companies, as Europe's passage of the General Data Protection Regulation in 2016 showed (it was implemented in 2018).

What Do Tech Companies Do When Employees Push Back on Government Contracts? @themotleyfool #stocks $MSFT $GOOGL $AMZN $FB $GOOG Next Article
Current