Shares of the clinical-stage vaccine company Novavax (NASDAQ:NVAX) fell by more than 69% in pre-market trading today in response to the late-stage failure of the company's respiratory syncytial virus (RSV) in pregnant women. The vaccine, dubbed ResVax, failed to protect infants via maternal immunization against medically significant RSV infection -- the study's primary endpoint.

One positive was that the company reported that the data seems to indicate ResVax does help with some of the more serious consequences of RSV infection, such as hospitalization and severe hypoxemia. Investors, however, clearly focused on the study's disappointing primary outcome. 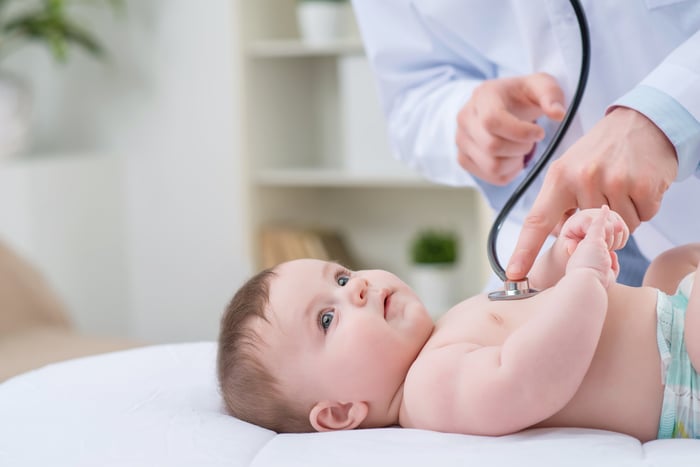 This latest clinical failure may have just wiped billions of dollars in future sales off the table. ResVax, after all, was projected to haul in $668 million in sales by 2024 as a stand-alone product. And that figure was expected to balloon to a whopping $2.6 billion per year if the company could have successfully combined this RSV candidate with its experimental flu vaccine, according to a report by EvaluatePharma.

Despite this late-stage miss, Novavax said it plans to meet with U.S. and European regulators to review the data to discuss a potential path toward approval. Given the sizable unmet medical need presented by RSV and ResVax's encouraging results on these other key metrics, there's an outside chance that regulators may give their blessing. No other RSV candidates have shown even a whiff of efficacy, after all.

But an approval in any territory is an extreme long shot based on these top-line results. So, with two late-stage failures for its RSV program now on record, investors should probably turn their attention squarely to the company's flu vaccine pipeline.