More African Americans -- 31% -- said they don't feel financially secure, compared to the 21% of the full pool of 1,758 Americans, ages 25 to 70, surveyed for New York Life's Life Insurance Gap study. In addition, 50% of African Americans answered that planning for the future causes a high degree of stress, compared to 44% of all adults.

African Americans expressed a higher level of concern in the three areas where survey respondents were most worried. (Survey respondents had to be married and/or have financial dependents, and an annual household income of at least $50,000.) The top concerns noted were: 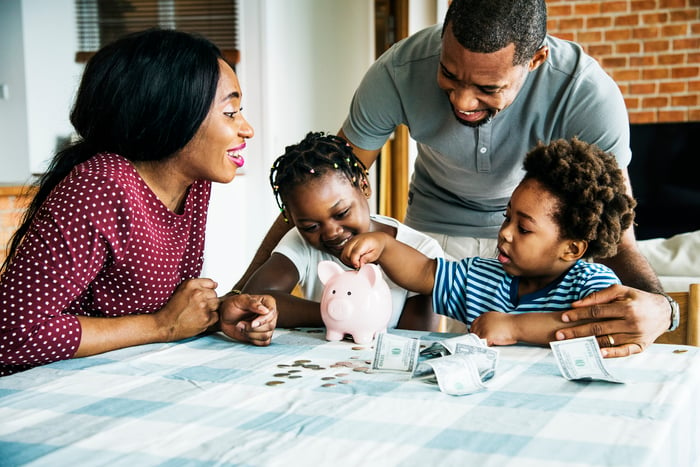 Getting expert financial help can put you on a path to not worrying about finances. Image source: Getty Images.

"Although African Americans report more financial stress than the general population, they are consistently working to mitigate it by seeking guidance from trusted advisors to ensure their families' futures are protected and their broader retirement and wealth planning needs are met," said New York Life corporate vice president Eric Jackson in a press release.

Financial planning isn't something the average person can handle on his or her own. Yes, it's possible to learn and become informed, but even people willing to put in the work would benefit from at least consulting expert help.

Most people, however, lack the knowledge to fully plan their financial futures. That leads to some of the stress mentioned above. If you're not sure you're making the right choices, it's hard to feel confident in your decisions.

That means that most people should get expert financial help. Ideally, you'll choose an appropriate financial expert for your situation. Once you have that person, you want to lay your financial cards out. Don't be embarrassed by debt, lack of savings, or poor decisions you may have already made.

A qualified person has seen it all before. He or she can help you understand where you are, and what steps you need to take to get where you want to go. Depending on where you're starting from, that may be a lot of steps.

You may need to cut spending, take on side jobs, or make other big changes -- but once you have a plan, it lifts some of the stress. And once you know where you're going, it's much easier to plot a course.

There's no shame in needing or asking for help; just doing so can be a relief. And while it may take a while to achieve your goals, you'll probably feel better just for starting.