Apple (NASDAQ:AAPL) has officially sent out invitations to its March 25 event, during which it will unveil its video-streaming service. The company used to be coy with its event tag lines, but this time it's abundantly clear that the highly anticipated video-streaming service is the feature presentation: The invites said, "It's show time." It's also possible that other rumored products and services will make their debut, potentially including a premium news subscription service, new iPads, or AirPods 2.

Ahead of the event, one Wall Street analyst has put out a bullish note about the service's prospects. 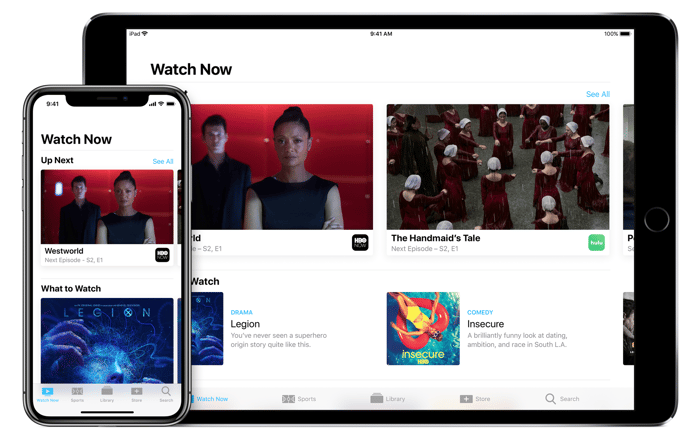 Wedbush analyst Daniel Ive sent out a research note this morning, reiterating an outperform rating on Apple shares and $200 price target. While Apple has already been vacuuming up original content for years, Ive believes that the announcement "will only be the drumroll to a more transformative content acquisition during the course of 2019 for Apple."

The tech titan has made incredible progress in growing its services business, which brought in $41 billion in revenue last year and is well on its way to hitting the target of $50 billion in revenue by next year. The video-streaming service will help build on that momentum, in Wedbush's view, and Ive estimates the value of the services segment alone to be approximately $400 billion.

That valuation estimate would represent a price-to-sales ratio of 9.75, a significant premium compared to Apple's current overall P/S of 3.3 but justified by the highly profitable nature of the services business. Apple disclosed detailed gross margin data for products compared to services for the first time earlier this year, and services enjoyed a gross margin of 63% in the fourth quarter, compared to the product gross margin of 34%.

CFO Luca Maestri had said on the most recent earnings call with analysts that adding new services would be a core part of Apple's growth strategy for its services business.

Ive also argues that Apple should make a large acquisition to accelerate its content road map, since "building content organically is a slow and arduous path." The company is currently spending around $1 billion per year on original content, but other streaming services spend far more.

The analyst believes that a "realistic medium-term goal" for Apple would be to get 100 million subscribers within the next three to five years, which would represent $7 billion to $10 billion in annual revenue. That assumes the company "executes with minimal speed bumps" and continues to buy up original content.

If Apple's service is able to gain traction, it could be worth $15 per share, based on the analyst's sum-of-the-parts valuation estimates. Under such a bull case scenario, Wedbush says Apple shares would be worth $215.