There are 6.6 million Americans with a form of eczema that their doctors can't control with standard treatment. Dermira (NASDAQ:DERM) recently reported results for a potential new treatment aimed at this underserved group, and investors liked what they saw enough to send the stock soaring 82% in a single day.

A successful launch of lebrikizumab would lift the small-cap biotech's share price several times higher, but the mid-stage candidate also faces plenty of hazards along the way. Here's what you need to know about Dermira's recent results, and its path forward. 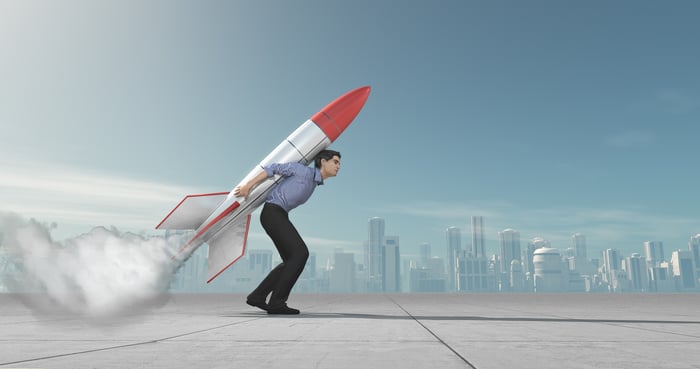 The results that lit the fuse

Dermira stock shot up like a rocket after the company reported mid-stage trial results for lebrikizumab, an experimental injection for atopic dermatitis. Investigators split 280 patients into groups that received one of three dosage strengths or saline injections. Patients from all three dosage groups exhibited an average improvement that was significantly higher than those on placebo.

The phase 2 study set out to measure average improvement as its primary endpoint, but Dermira had some encouraging notes to add. An impressive 44% of those treated with the highest dose achieved a 90% improvement compared with 11.4% of the placebo group.

Moreover, lebrikizumab appears to reduce chronic itching that makes eczema unbearable. A surprising 70% of the high-dose group reported a four-point improvement or better on a 10-point itch severity scale.

Lebrikizumab helps atopic dermatitis patients by inhibiting IL-13 and IL-4 and it isn't the only one. Sanofi (NASDAQ:SNY) and Regeneron (NASDAQ:REGN) launched a drug from the same class in 2017 called Dupixent, and it's already popular. Fourth-quarter results show that Dupixent's on pace to generate $1.3 billion in annualized sales, and it's expected to top $5 billion at its peak.

It's encouraging to know Dermira's approach to treating eczema has already proven itself in the commercial setting. If lebrikizumab produces phase 3 results that don't compare well to Dupixent, though, launching it won't be worth the effort. Dupixent leans toward IL-4, while Dermira's candidate has a high affinity for IL-13, and this distinction appears to make a difference for patients.

We really shouldn't use results from different patient populations to make comparisons, but we won't have a choice until someone runs a head-to-head study. During the Solo-1 trial that led to its approval, Dupixent helped 36% of patients achieve a 90% improvement compared with 8% in the placebo group, which makes Dermira's candidate look competitive.

When it comes to chronic itch relief, it looks like lebrikizumab has Dupixent beat. Also during the Solo-1 study, the blockbuster drug from Sanofi and Regeneron helped 41% of patients achieve a four-point improvement compared with 12% in the placebo group.

Dermira licensed lebrikizumab from Roche (OTC:RHHB.Y) in 2017 and still owes the Swiss pharma up to $1 billion in milestone payments if the candidate succeeds in additional indications. If the candidate starts generating sales, Dermira needs to cut Roche a tiered royalty percentage that ranges from the high single digits to the high teens.

Following an end of phase 2 meeting with the FDA, the company expects to begin a big phase 3 study before the end of 2019. With a drug intended for long-term treatment of people who are otherwise healthy, safety data will determine if Dermira's candidate has a chance against Dupixent or not.

Dermira finished 2018 with $316 million in cash and investments after losing $222 million last year. Large pivotal trials will probably accelerate the losses in 2020. Dermira became a commercial-stage company last September, but its only drug, Qbrexza for the prevention of underarm sweating, isn't exactly flying off pharmacy shelves. During its first full quarter on the market, sales of the treatment reached just $3 million. 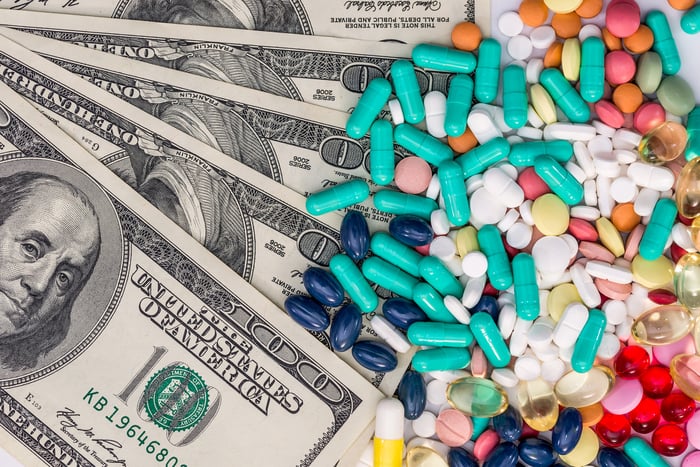 Further gains are about to get a little harder

In February, Dermira told investors it had enough cash to keep operations humming along until mid-2020. Now that the company has a phase 3 program on deck, though, it's time to visit the equity tap. Shortly after its stock soared on the back of phase 2 results, the biotech announced a $126.5 million share offering.

Dermira hasn't priced its offering yet, but the best that current shareholders can hope for after Monday's 82% gain is around $12 per share. That would lift the company's outstanding share count 25%, which will make it that much harder to provide any further gains.

It looks like marketing Qbrexza is tougher than pronouncing it, and Roche's significant royalty on sales of lebrikizumab makes another big pharma partnership seem unlikely. Without much revenue to offset the cost of developing lebrikizumab, there's no telling how many secondary offerings Dermira will need to complete to get it done.

Phase 3 results in 2020 that are slightly less enticing than those we saw in phase 2 would lead to heavy losses. Dermira stock could soar again on the back of positive phase 3 data next year, but it probably isn't worth the risk.