The coatings and sealants specialist is focused on the long run.

Many companies go through big ups and downs in their financial results, but smart investors stay focused on the long run. For RPM International (RPM -1.06%), which makes a host of rust- and corrosion-fighting chemicals and consumer products, last year's fiscal third-quarter results were extremely strong, putting up a high hurdle for the company to overcome this year.

Coming into Thursday's fiscal third-quarter financial report, RPM shareholders didn't expect the company to be able to sustain the same earnings it recorded last year, but they did want to see signs of long-term growth. RPM kept its eyes focused on the long run, and investors seemed to respect the way the rust-fighter has put together a strategic vision for the future. 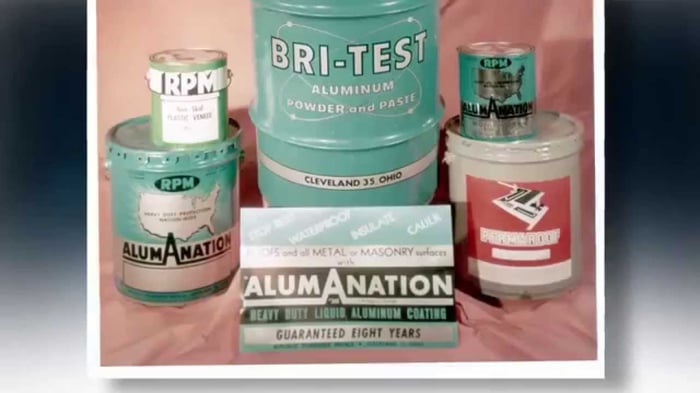 RPM International's fiscal third-quarter results showed some of the opportunities and challenges the company faced during the period. Sales were higher by 3.4% to $1.14 billion, which was a bit faster than the 2.9% growth that most of those following the stock had expected to see. Net income fell 65% to $14.2 million, but after accounting for some one-time impacts, adjusted earnings of $0.14 per share were better than the consensus forecast among investors for $0.11 per share.

Fundamentally, RPM's results were stronger than they appeared, largely because currency impacts offset some of the company's growth. Organic sales rose 4.8% in the industrial segment, with acquisitions adding another 1.3 percentage points in top-line growth. However, the segment suffered a 4 percentage-point hit in revenue due to the strong U.S. dollar. RPM cited strength in its North American business operations in areas like corrosion-control coatings, fiberglass grating, and various other sealants and admixture products.

RPM's consumer segment saw similar impacts. Organic sales climbed 5.3%, with acquisitions adding another 2.7 percentage points of growth, but currency impacts cut the overall figure by 2 percentage points. Small project paints were a major factor in the boost, with RPM winning some shelf space from competitors. Meanwhile, the specialty segment got more of a boost from acquisitions, with overall sales gains of 4.3% driven by a 1.7% organic sales growth rate.

Pretax profit was down for all three segments, though. RPM said that on the consumer side, earnings would have been higher than year-ago figures except for the higher expenses it had for distribution and advertising. Meanwhile, even with the energy market's recovery helping RPM on the industrial side, international weakness weighed on profitability.

CEO Frank Sullivan tried to put everyone's approach to the company's results into perspective. "Our top-line sales growth was solid during the third quarter," Sullivan said, "which is seasonally our slowest due to winter weather conditions across many of the countries we serve." The CEO added that price increases helped to offset higher raw materials costs, and RPM continues to face higher costs for freight, labor, and energy consumption as well.

RPM is also optimistic that its efficiency-enhancing efforts will start having more of a positive impact on its results in the near future. As Sullivan explained it:

We are pleased that we are starting to experience some benefits from our MAP to Growth operating improvement plan and expect that due to first-in, first-out accounting, its results will start to show up on our income statement in the coming quarters.

Some of those positive results should come as soon as the fiscal fourth quarter. RPM believes it will be able to produce low single-digit percentage gains in sales, but more importantly, adjusted pre-tax income should climb at a double-digit percentage pace. Most of the improvement will come from the consumer segment, where market share is rising and margins are picking up steam. The industrial segment will face some short-term headwinds that will hold back the overall company's results, but that shouldn't be a long-term concern.

RPM shareholders seemed pleased with the results, and the stock climbed 3% in pre-market trading following the announcement. Investors will need to see more confirmation of the company's progress toward its goals in order to feel completely comfortable with the future, but RPM is on the right path toward building shareholder confidence and fostering its long-term growth plans.