Baidu (NASDAQ:BIDU) used to be a company with a gift for being in the right place at the right time. It carved out its dominant position in the lucrative paid search market just as China's widening middle class was flocking to the internet, and the stock boomed.

These days, it can't seem to get anything right. Revenue growth has decelerated sharply in back-to-back quarters, and bubbling trade tensions with the U.S. have soured investors on Chinese growth stocks. The result: Pain for Baidu shareholders. The stock dipped below $155 and came within pocket change of hitting a new three-year low last week.

The company behind China's leading search engine will have a shot at turning that bearish sentiment around when it steps up with its first-quarter results after the market closes Thursday. But it's not going to be easy. 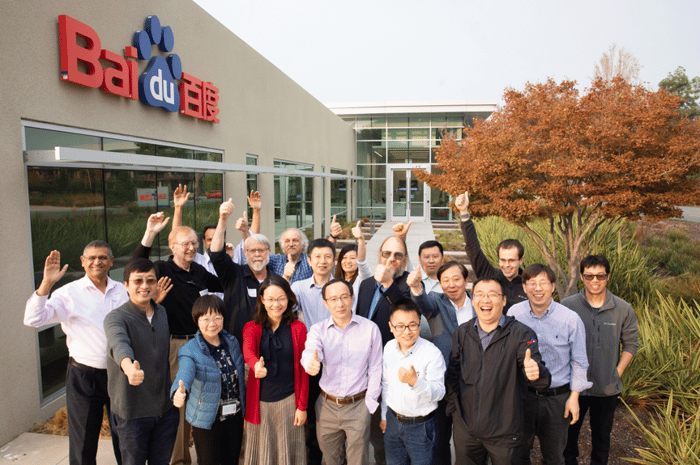 Getting back into shape

In some ways, things aren't as bad as they appear. In Baidu's last quarterly report, it delivered $3.96 billion in revenue, up a mere 9% on a U.S. dollar basis, but a heartier 22% rise in yuan, the Chinese currency. If you factor out the non-core businesses that Baidu sold off earlier in 2018, its revenue growth from continuing operations rose at an even more impressive 28% clip in yuan.

However, net income declined sharply in the fourth quarter, something that hadn't happened at Baidu for nearly two years. Things aren't likely to get better on that front. Analysts are bracing themselves to see an even sharper slide in profitability in the Q1 report. China's economy is slowing down, businesses' advertising budgets are thinning, and reduced demand is helping them secure lower bids for online leads through Baidu and other internet marketing channels. Baidu is also ramping up its investments outside of search -- its flagship business, accounting for roughly three-quarters of its business. Investing in content and developing new high-tech businesses based on machine learning and artificial intelligence doesn't come cheap if you want to do it right. But given that search revenue growth slowed to 14% in Q4, that spending is unquestionably necessary.

The guidance the company gave back in late February for Q1 wasn't pretty. Management was modeling for revenue growth in the 12% to 18% range, or an 18% to 24% climb when adjusted for last year's divestitures. Baidu has historically been conservative with its guidance, but analysts have still been scaling back their expectations in recent weeks -- particularly as regards the bottom line.

Even Baidu bulls have reset their expectations. James Lee at Mizuho lowered his price target from $215 to $205 last week. Two weeks earlier, it was KeyBanc analyst Hans Chung slashing his price target on the shares from $236 to $220. He's concerned about Baidu's promotional activity, and how that will add to the already powerful margin-gnawing headwinds. China Renaissance downgraded the stock last month. So a rough quarter -- at least on the bottom line -- appears to be already factored into the equation.

It's not just analysts tempering their enthusiasm. There were nearly 7 million shares of Baidu sold short when May began, the company's highest short interest in more than a year.

Baidu's balance sheet remains cash rich, and the company's search dominance in China is unquestioned. It may not be a fashionable choice for investors these days, but this is also a company with a strong chance to grab the pole position in everything from self-driving cars to voice-assistant operating systems. And with the stock now trading at 14 times next year's estimated earnings, it's tempting to view today's negative sentiment and bottom-line weakness as temporary conditions that offer investors a better buying opportunity.