The stock market recovered on Tuesday, with key indexes posting gains of around 1% following a more conciliatory tone on the trade front. The federal government allowed for some waivers for expected trade limitations put on U.S. companies doing business with China's Huawei, and that helped stoke hopes that the two nations will find common ground on imports and exports in the near future. Good news from several corners of the market helped produce gains in some individual stocks that were much larger than those of the benchmarks. Dycom Industries (NYSE:DY), Array BioPharma (NASDAQ:ARRY), and Circor International (NYSE:CIR) were among the top performers. Here's why they did so well.

Shares of Dycom Industries rose 25% after the company reported its financial results for the first quarter of its fiscal 2020 year. The telecom engineering and construction specialist posted 16% growth in organic sales compared to the year-earlier period, and although adjusted net income fell over the same time frame, Dycom managed to hold up better than most investors had expected. CEO Steve Nielsen pointed to the huge opportunity from the deployment of network infrastructure to provide for faster broadband speeds, and both he and Dycom shareholders believe that the company is uniquely placed to gain market share and foster further growth as technology advances further. 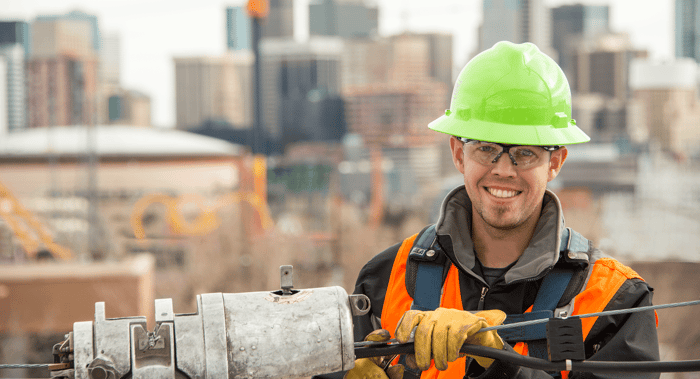 Array gets a win

Array BioPharma's stock soared 23% following favorable results from a phase 3 trial treating metastatic colorectal cancer patients. Interim analysis of the trial showed that the combination of Array's Braftovi and Mektovi treatments in conjunction with third-party drug Erbitux met both primary endpoints, including objective response rate and overall survival in comparison to Erbitux and certain other treatment regimens without Braftovi and Mektovi. Secondary endpoints of statistically significant gains in objective response rate and overall survival versus control were also met. CEO Ron Squarer argued that the study raises the possibility that the treatment could be "the first chemotherapy-free targeted regimen for [metastatic colorectal cancer] patients, a population with a very high unmet need for effective treatments." Investors are excited about the possible ramifications for Array's business going forward.

Circor gets a hostile offer

Finally, shares of Circor International skyrocketed 40%. The maker of engineered components received a hostile bid from pump and valve specialist Crane (NYSE:CR), which is willing to pay roughly $894 million for Circor. The deal would give investors $45 per share for their Circor stock, but Circor quickly rejected the proposal, arguing that it was "highly opportunistic, substantially undervalued Circor and its future prospects, and did not constitute a basis for engaging in further dialogue with Crane at this time." Indeed, the $45-per-share bid is less than where the stock traded as recently as last summer, and even after today's jump, the stock is down by a third just since early 2017.