So how much would you pay someone to take your company public? Maybe there's a person who can do it inexpensively at Israel-based Fiverr, the well-known online freelancer marketplace that has filed its initial public offering prospectus.

As a business associated heavily with the gig economy, Fiverr is debuting in a market that has given the cold shoulder to big-time peers like Uber (NYSE:UBER) and Lyft (NASDAQ:LYFT). But maybe it can buck the recent trend and become an outperforming stock out of the gate. 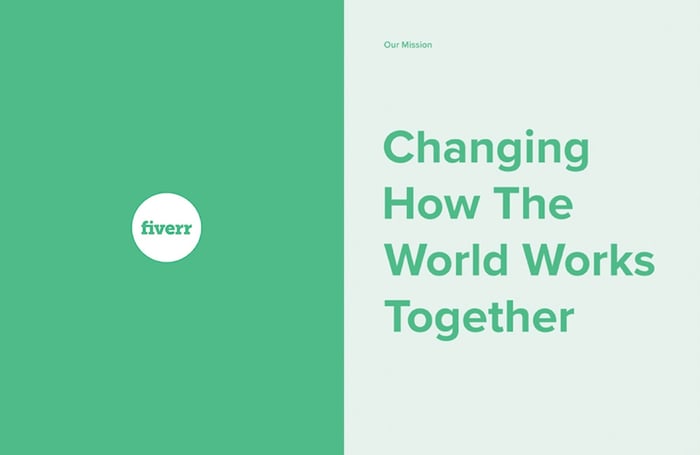 Through Fiverr's website or app, users can hire people for a wide range of tasks, from logo design to voice-over narration. It's a foundational company in the gig economy. In fact, it's even gone so far as to trademark the term "Gigs" to refer to the services offered through its system. All told, according to its IPO filing, Fiverr has hosted more than 50 million transactions, connecting more than 5.5 million buyers and over 830,000 sellers (i.e. service providers).

One similarity the company has to Uber and Lyft is that sellers on Fiverr are freelancers, not employees -- this helps keep costs low. To generate revenue, most of Fiverr's top line comes from the transaction fee charged to sellers and the service fee paid by buyers.

Another not so positive trait Fiverr shares with the ridesharing companies is that it's unprofitable. The company has suffered consistent losses recently with a $19.3 million shortfall in 2017 followed by a $36.0 million net loss last year. Revenue, on the other hand, is growing quickly. The top line jumped 45% to reach $75 million in 2018, and in the first quarter of 2019, revenue was up 42% year over year.

No Lyft from peers

I can't help thinking of Uber and Lyft when considering the Fiverr IPO, and I think many other investors will also make the same connection. Unfortunately, neither ridesharing company has necessarily put smiles on investors' faces during their brief stints as public companies -- Uber and Lyft are down 8% and 21%, respectively, from their original offering prices.

Even though the Uber/Lyft and Fiverr business models aren't the same, to many potential investors, they're similar enough -- a big marketplace operator taking a cut from the earnings of an army of freelancers.

Let's be honest, this isn't working brilliantly for the ridesharing companies, and I see no evidence of the dynamic being much different for Fiverr. It appears even a robust volume of small commissions is difficult to turn a profit on. In Fiverr's case, sales and marketing costs are high since it must attract buyers to its marketplace. Finally, the barriers to entry in this space are minimal -- all you need is a half-decent website and a clutch of listings from hungry freelancers.

The details as we have them

The company says it will utilize the proceeds of its IPO for "working capital, to fund growth and for other general corporate purposes." The deal will be led by J.P. Morgan and Citigroup.

I like the idea of Fiverr as a business -- to turn the freelancer hiring process into your typical online shopping experience -- but unless the shares are priced attractively, I'd probably stay away from investing in the stock. Keep an eye out for additional updates as Fiverr progresses through its IPO process.