Zoom Video Communications (NASDAQ:ZM) delighted investors when it reported first-quarter results for fiscal 2020 after the market closed on Thursday.

In its first quarterly report as a public company, the videoconferencing specialist beat Wall Street's revenue and earnings estimates, and issued better-than-expected guidance.

Shares closed up 11.8% in after-hours trading on Thursday, which bodes well for a robust performance on Friday. Since the company's initial public offering (IPO) in mid-April, Zoom stock has gained a whopping 121% through the regular trading session on Thursday -- and, while it's not a sure thing, investors can probably bet on that tally rising on Friday.

Here's an overview of Zoom Video's quarter, along with its guidance for second-quarter and full-year 2019, using five metrics. 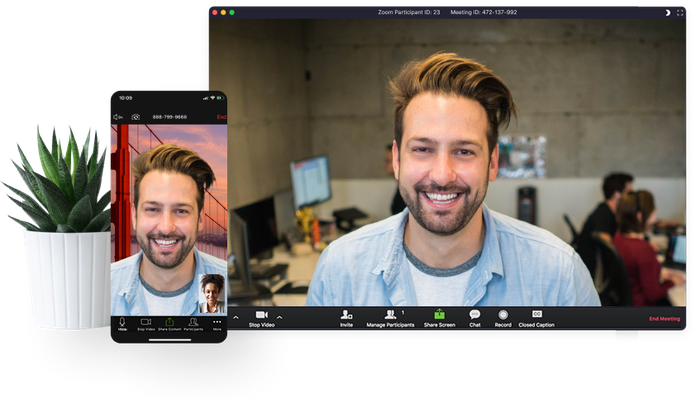 Zoom's quarterly sales more than doubled year over year to $122.0 million, exceeding the $117.7 million that analysts were expecting. Growth was driven by the company winning new customers and by expanding the services it provides to existing customers.

Wall Street had been looking for break-even adjusted earnings per share (EPS), so Zoom easily surpassed the profit expectation.

5. A sunnier-than-expected outlook for Q2 and full-year fiscal 2020

For the full year, the company projects sales in the range of $535 million to $540 million and adjusted EPS of $0.02 to $0.03. The Street has been anticipating full-year revenue of $525.9 million. (Going into the earnings report, there was no consensus estimate for full-year earnings.)

For a fast-growing, newly public company, revenue growth is usually more important than showing profits because such companies often plow money into initiatives aimed at rapidly scaling their business. That said, Zoom has a relatively rare distinction among technology IPOs of being profitable on a reported basis in its most recent fiscal year preceding going public.

CEO Eric Yuan commented on this topic in the earnings release:

In short, Zoom Video Communications had a great quarter, with the company forecasting more good times on the horizon.

With cash and cash equivalents of $737.7 million at the end of the quarter, the company has plenty of money to fund growth.