Microsoft (NASDAQ:MSFT) recently unveiled its next-gen Xbox console, codenamed "Project Scarlett", at its E3 conference in Los Angeles. The new Xbox will run on an AMD (NASDAQ:AMD) chip and be four times as powerful as the Xbox One X, which was already an upgrade from the original Xbox One.

Microsoft will launch the new Xbox in late 2020, which should coincide with the arrival of Sony's (NYSE:SONY) PlayStation 5, which also runs on an AMD chip. Those two console launches should be major catalysts for AMD, which already supplies chips for the Xbox One and PS4. 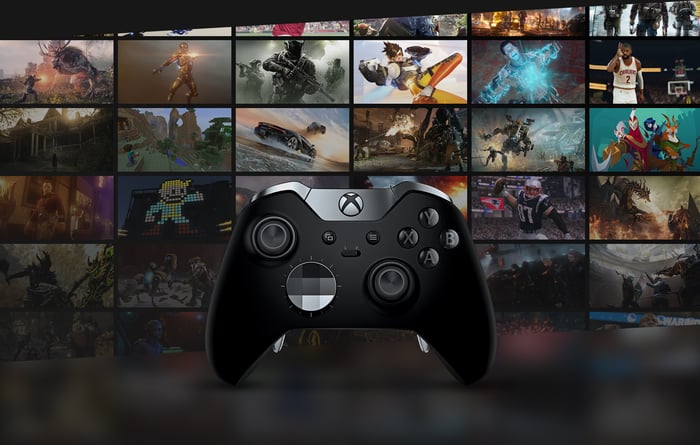 AMD controls smaller slices of the CPU and discrete GPU markets than Intel and NVIDIA (NASDAQ:NVDA), respectively. However, AMD's experience in both markets enables it to create APUs (accelerated processing units), which merge a CPU and GPU together on a single die.

AMD's acquisition of graphics chipmaker ATI in 2016 led to the development of its discrete Radeon GPUs and Fusion APUs. To diversify its business away from the PC market, AMD developed custom APUs for the PS4 and Xbox One that were smaller, more cost-efficient, and more power-efficient than stand-alone CPUs and GPUs.

That marked a major victory for AMD against NVIDIA and Intel. NVIDIA eventually returned to gaming consoles by supplying Tegra chips for Nintendo's Switch, but the Tegra is a mobile-based SoC (system on chip) that still lacks the horsepower of AMD's custom APUs.

Gaming console cycles generally last for up to seven years. Therefore, Sony and Microsoft's upcoming APU orders should significantly boost AMD's EESC (Embedded, Enterprise, and Semi-Custom) revenue for the first half of the next decade.

AMD's APUs for the PS4 and Xbox One reportedly cost $100 and $110, respectively. Sony sold nearly 100 million PS4s so far, and Microsoft sold over 40 million Xbox Ones.

Assuming that Sony and Microsoft sell 140 million next-gen consoles between 2021 and 2025, and AMD sells its APUs for about $100 apiece, those consoles could generate $14 billion in sales for AMD over five years, or $2.8 billion in annual sales. For context, analysts expect AMD's revenue to rise 21% to $8.3 billion this year, mainly on sales of its CPUs and GPUs for PCs instead of APUs for consoles.

But that's not all. Alphabet's (NASDAQ:GOOG) (NASDAQ:GOOGL) Google also recently revealed that its cloud gaming platform Stadia will run on Intel's CPUs and AMD's GPUs. Stadia will launch later this year and ramp up with a free tier next year, which could significantly boost shipments of its custom GPUs to Google. Other upcoming cloud gaming platforms, like Microsoft's xCloud, will also run on AMD GPUs.

AMD investors were likely disappointed by the company's double-digit declines in EESC and computing and graphics revenues last quarter. Those declines weren't surprising, since PC sales remain sluggish and console sales are decelerating as the current generation matures.

However, AMD's new deals with Sony and Microsoft indicate that its EESC revenue will accelerate again next year, and new cloud-based gaming services like Stadia and xCloud could boost demand for its custom GPUs. In other words, AMD's numbers look soft now, but they could improve significantly in 2020 and beyond.