The latest results of the Federal Reserve's Comprehensive Capital Analysis and Review (CCAR), better known as the stress tests, were just released, and most banks received approval for their upcoming capital plan. As a result, most big banks will be increasing their dividends and buyback plans starting in the third quarter.

Bank of America (NYSE:BAC) is one of the standouts. Between dividends and stock buybacks, the bank plans to return a staggering $37 billion to shareholders over the coming year -- $11 billion more than it returned over the past year. However, there was one part of the capital plan that really stood out. 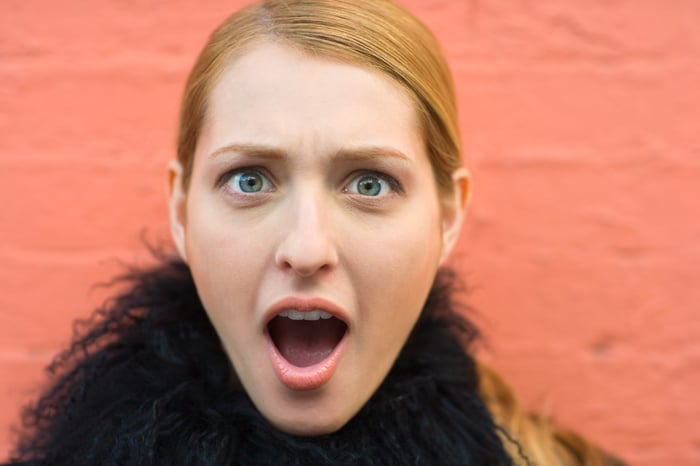 Bank of America is buying back how much stock?

After the stress test results were announced, Bank of America revealed its capital plan for the coming year, which includes buybacks and dividends. And while shareholders are indeed getting a raise (more on that in a bit), the buyback authorization is the big story.

And I do mean big. Bank of America announced that it has authorized up to $30.9 billion in stock buybacks over the 12-month period from July 2019 through June 2020. Of this amount, $0.9 billion is to offset equity-based compensation awards, but the other $30 billion is simply to buy back shares and reduce the bank's share count.

This represents a 50% increase over last year's $20 billion buyback authorization. Based on the share price as of this writing, $30 billion translates to more than 11% of the current outstanding shares. Let's be perfectly clear. This is a very aggressive buyback plan.

Bank of America's shareholders are getting a raise as well

It's important to mention that although the bulk (about 83%) of Bank of America's capital return plan is in the form of buybacks, shareholders will also be getting a dividend increase starting in the third quarter.

The bank's quarterly dividend is rising from $0.15 to $0.18 in the third quarter -- a 20% increase. Based on the share price as of this writing, this translates to a yield of about 2.6%, which is historically high for the bank. In fact, as you can see in the chart below, this will be Bank of America's highest dividend yield in the post-crisis era: 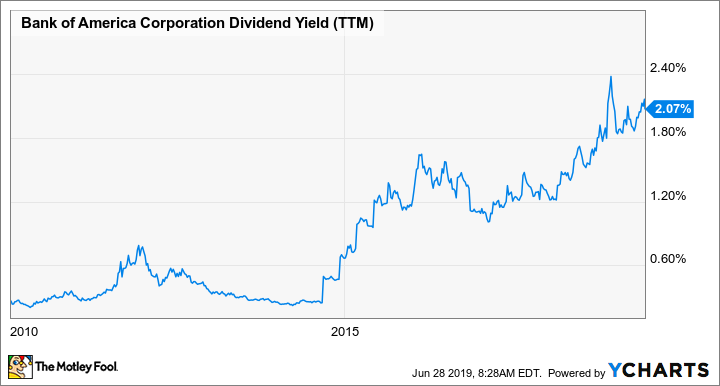 Is Bank of America stock really as cheap as management seems to think?

It's not difficult to see why Bank of America's management is willing to buy back stock at an aggressive pace. In the years since the financial crisis ended, Bank of America has transformed itself into one of the most profitable and efficient banks in its peer group. Its return on assets (1.26%) and return on equity (11.4%) are among the best of the big U.S. banks', as is its efficiency ratio (57%), and all these metrics continue to steadily improve.

Not only is Bank of America a much improved institution, but the market has yet to fully reflect the improvement in its valuation. The bank trades for about 1.13 times book value, well below JPMorgan Chase (1.54) and even scandal-plagued Wells Fargo (1.21).

So, as a Bank of America shareholder myself, I applaud the bank's efforts to take advantage of its attractive valuation by repurchasing shares in such quantity. It appears the market agrees -- the stock jumped by 3% after the new capital plan was announced.