While the uptick in the price of gold has helped this miner, plenty of other reasons help account for the stock's ascent.

Besides the offer of auspicious outlooks for 2018 and 2019, several other catalysts helped propel the stock's movement, including a bullish outlook from Wall Street, operational developments in the company's projects, and the upward movement in the price of gold. 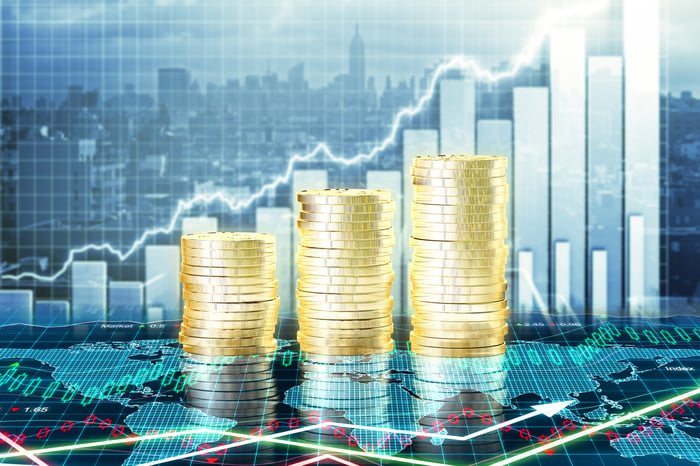 Beginning the year on a glittering note, Alamos announced that it had achieved a company record for gold production in 2018: 505,000 ounces. In addition to meeting guidance, the company's 2018 gold production represented an 18% increase over what it reported in 2017. Management credited the company's performance to operations at "Mulatos and Island Gold, the latter setting a new record for production and continuing to demonstrate strong potential for growth in mineral reserves and resources."

Providing investors with further cause for celebration, management guided for the company to maintain its performance in 2019, forecasting gold production of 480,000 ounces to 520,000 ounces. And allaying the concerns of skeptics who may have questioned at what cost the gold production would come, management forecast 2019 all-in sustaining costs (AISC) per gold ounce of $920 to $960 -- lower than the anticipated 2018 AISC per gold ounce of $990. (The company ultimately reported 2018 AISC of $989 per gold ounce.)

Wall Street's approval also helped to motivate investors. In April, Credit Suisse initiated coverage on Alamos Gold with an outperform rating and a $7 price target -- at that time, shares were trading hands at less than $5 per share -- according to TheFly.com. About two months later, investors found additional support for the stock in the form of an upgrade to buy from hold thanks to Canaccord, which provided a price target of 8.25 Canadian dollars, or about $6.49 in American currency.

Alamos Gold's progress in bringing development projects along also figured in prominently. In March, the company announced that the Turkish government had granted it an operating permit to begin earthwork at the Kirazli project. Management expects mineral production to begin at the site by the end of 2020. Investors' excitement regarding progress at the mine is understandable, since Alamos estimates Kirazli will yield an internal rate of return of 44%.

Last, one would be remiss to consider the significant jump in Alamos Gold's stock without acknowledging the 10.2% rise in the market price of the yellow stuff, since there is a high correlation between the prices of mining stocks and the commodities in which they deal.

Forecasting strong gold production and declining costs, Alamos Gold represents an interesting option for gold investors; moreover, the debt-free balance sheet -- something of a rarity among gold miners -- helps the company to glitter even more brightly. Digging into the company further certainly seems warranted for those who perceive it as a lustrous opportunity.