New Media's merger with Gannett was so poorly received that the possibility of its falling through could be boosting the stock.

Shares of New Media Investment Group Inc. (GCI), one of the largest publishers of locally based printing, marketing, and online media, jumped 23% higher Thursday. That recovered some losses after the announced purchase of Gannett (NYSE: GCI) sent New Media's stock plunging on Tuesday.

Let's cover details of the original announcement, the reaction, and why the stock is rebounding today. The deal calls for Gannett shareholders to receive $6.25 in cash and 0.5427 of a New Media share for each Gannett share owned, roughly a $12.06 value per Gannett share based on the Aug. 2 closing price of New Media stock -- which changed quickly.

"We believe this transaction will create value for our shareholders, greater opportunities for our employees, and a stronger future for journalism," New Media chairman and CEO Michael Reed said in a press release. While Gannett's board of directors believed the new combined company would be in the best interests of its shareholders, media backlash sent New Media shares plunging. 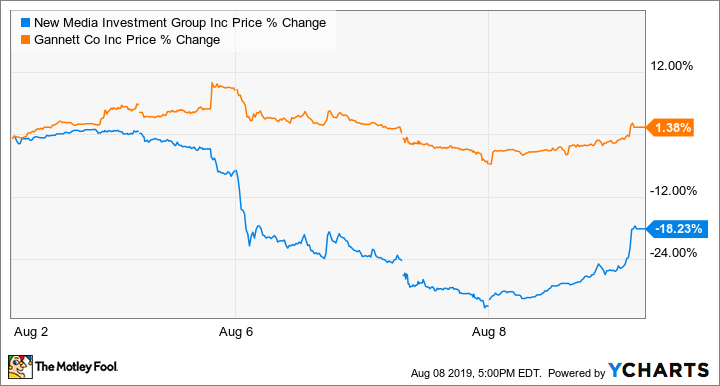 There are certainly parts of the deal that have many scratching their heads, including an expensive 11.5% interest rate on a $1.8 billion loan from Apollo Global Management to make the deal happen. While those behind the deal believe the combined companies will save between $275 million to $300 million annually through cost savings and synergies by 2022, the high-interest-rate loan will cost over $200 million in annual interest expenses. 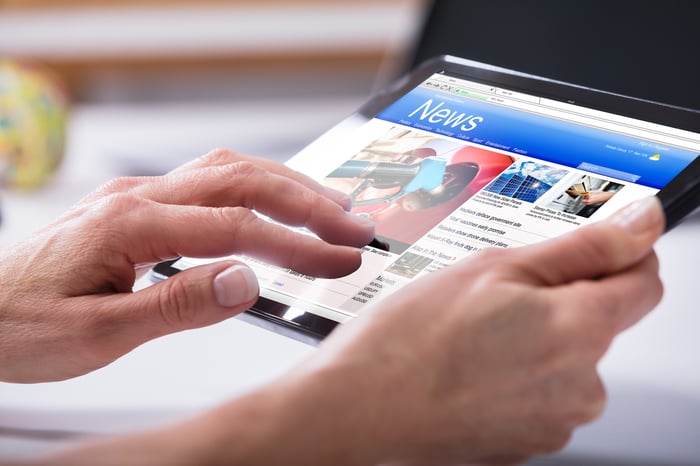 Here's the kicker, and what could be behind New Media's rebounding stock price Thursday: The deal was so badly viewed and poorly received that the New York Post reported the merger "could be derailed." That's correct -- the attention surrounding the deal was so negative that management from both companies will make the rounds to major investors and ask them to remain on board with the idea.

Today's spike in stock price could be a signal that investors hope the deal falls through, or the stock could simply be regaining some of its sharp losses from earlier this week -- sometimes stocks are just this volatile with so much uncertainty hanging in the balance.

Gannett Missed on Earnings, But It Looks Like a Turnaround Story