Please ensure Javascript is enabled for purposes of website accessibility
Log In Help Join The Motley Fool
Free Article Join Over 1 Million Premium Members And Get More In-Depth Stock Guidance and Research
By Motley Fool Staff - Updated Oct 29, 2019 at 8:44AM

Here's why smartphone giant Xiaomi Corp's shares may be worth a look.

While Xiaomi Corp's (1810 -4.13%) phones may be popular, the same cannot be said about its stock. The smartphone giant's stock has shed close to 50% of its value since it went public in Hong Kong last year. But the steep fall in its share price may have given investors a good entry point to get into this high-growth company for the long term. 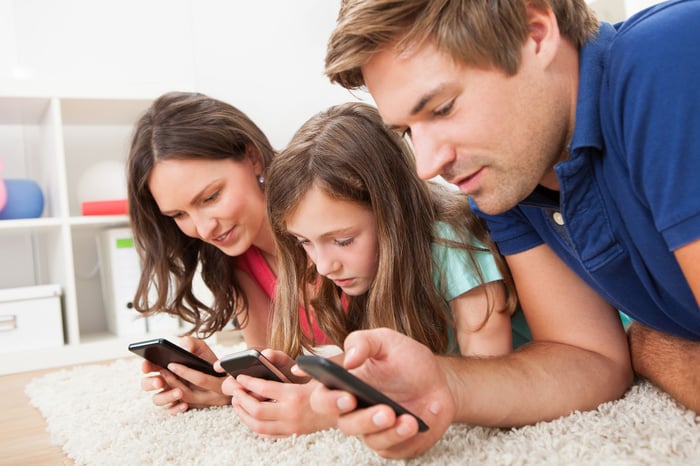 Xiaomi can also ride on the potential boost in domestic demand for smartphones, which will be driven by the commercialization of 5G technology. Xiaomi established a research and development team focusing on 5G technology back in 2016 and is well-prepared for the 5G smartphone replacement cycle.

The recent increase in smartphone sales has translated into its financials. In the first half of 2019, revenue from smartphones surged 9.8%.

Other segments growing too

Besides its smartphone business, the group's two other segments – (1) Internet of Things (IoT) and lifestyle products and (2) internet services have both seen rapid growth.

In the first six months of the year, revenue from its IoT and lifestyle segment jumped 49.3%, while internet services revenue increased by 22.9%.

The two fast-growing segments, which accounted for 37% of Xiaomi's total revenue, are becoming an increasingly important growth driver for the company.

Investors have had a hard time grappling with Xiaomi's business model – to be the most cost-effective smartphone for consumers – which has resulted in razor-thin gross margins.

However, the company has been increasing its average selling price over the years. In the second quarter of 2019, Xiaomi increased its average selling price by 13.3% in China and by 6.7% in the rest of the world. Consequently, gross profit margins improved from just 3.3% in the first quarter of 2019 to 8.1% in the second quarter.

The group also turned its cash-burning business into a cash-generating one. In the second quarter of 2019, the group generated RMB 13.6 billion (US$1.9 billion) in operating cash flow, a turnaround from the negative cash flow in previous years.

After the steep fall in its share price, Xiaomi now trades at a much more palatable valuation. The group's shares have a price-to-sales ratio of 1 and trade at around 17x its annualized operating profit.

Given the group's potential to increase its selling prices and improve gross margins on its phones, along with the growth in its higher-margin internet services segment, its current valuation does not seem too demanding. Xiaomi's smartphone business could also benefit from the negative sentiment surrounding Huawei right now.

With all that said, I believe now may be a good time for investors to give Xiaomi shares a serious look.

Is Xiaomi's Stock in for a Turnaround?