The classic toy maker had a surprisingly strong quarter.

Despite years of slowing sales and a rejected takeover offer from rival Hasbro, Mattel ( MAT 2.00% ) isn't dead in the water after all. The company, which offers popular brands like Barbie, Hot Wheels, and Fisher Price, is a recognized leader in toys, but sales have been sagging since hitting a high of $6.5 billion in 2013. That figure slumped 30% to $4.5 billion in 2018, its lowest level in 20 years.

Shareholders have been waiting for a turnaround, and the third-quarter earnings release showed higher-than-expected revenue and earnings. Although it's not yet clear if the company is really on the upswing, it's a promising start. 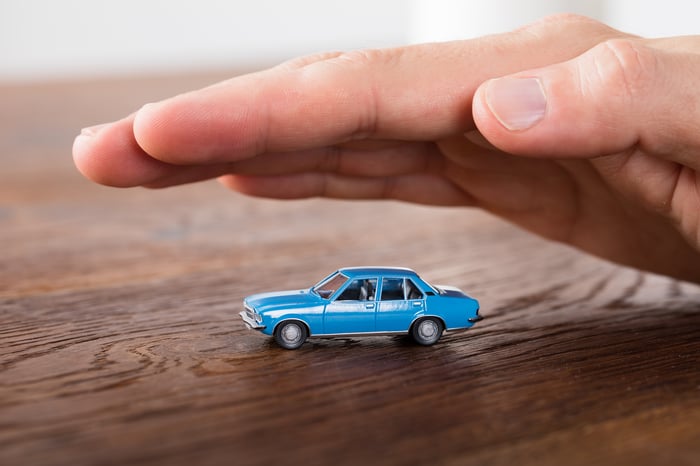 Not moving right along

Toy sales overall have been creeping slowly upwards, so this isn't an issue distinct to Mattel. Hasbro has also been having trouble as the rules of the game change.

Wanting to bank on the popularity of its best-known products and brands, that strategy has been less than ideal as children increasingly turn their attention to digital entertainment. And while the company has tried to launch new, technology-based products like a hologram Barbie to better compete with tablets, smartphones, and video games, management has seen limited success in those efforts.

Another issue to contend with is the fact that toy sales are moving toward licensed, character-based figures and away from the classic names that make up so much of Mattel's core products. The company lost a key revenue driver -- its partnership with Disney -- to Hasbro in 2016, and it has yet to find a way to make up that business.

At the same time, the Amazon effect has made its mark on this industry as the e-commerce juggernaut marches toward retail dominance, crushing Toys R Us along the way. With all of the changes in this business, it's been hard for Mattel and its peers to keep up.

Climbing out of the hole

After a string of leadership changes in the past several years, current CEO Ynon Kreiz is trying to stabilize Mattel's business, and the third-quarter report shows that his efforts may be working.

As part of a savings plan to cut losses, the company is shuttering its New York office. Kreiz, who formerly headed television channel Fox Kids Europe and television production companies Endemol and Maker, has a two-pronged strategy to move forward. This comprises a strong focus on the company's core brands and a fiercer push into entertainment, including film and amusement parks. Those initiatives seem to be a perfect fit for what Kreiz can bring to the table, and in his 18 months on the job so far, he has already implemented several developments in these areas.

The third-quarter report showed a 3% increase in revenue, beating Wall Street estimates, led by high sales of Barbie and Hot Wheels products.. Mattel exceeded its savings goal of $650 million, and adjusted earnings per share came in at $0.26, an increase of $0.08 from the prior-year period and a huge increase from the $0.25 loss per share recorded in the second quarter of 2019.

It's still too early to say that Mattel can make a comeback, but investors were happy with the recent report's encouraging results, and they should closely follow the company's ongoing progress.